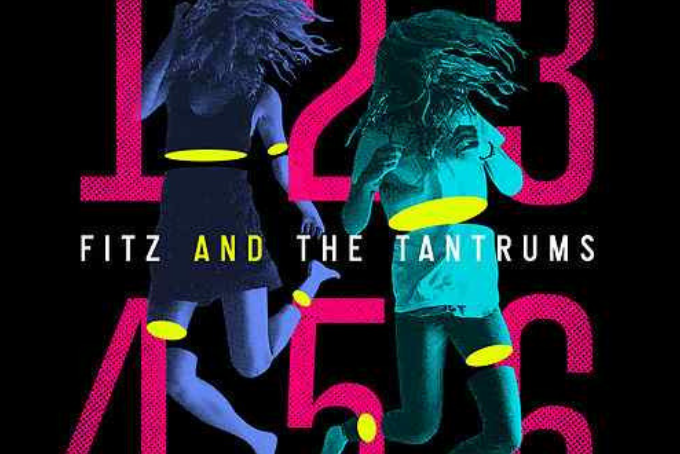 Fitz and the Tantrums is a band that has, by all means, defied the odds.

A neo-soul outfit that’s lead by two singers over the age of 30 shouldn’t succeed. And yet, here they are, producing banger, after banger, after absolute banger. Their newest single, “123456,” really wants to be another one of those bangers, but falls just short of banger.

It could be a bop—possibly a jam, but definitely not a banger. A smooth, easy-to-listen-to pop song, “123456” is a slower, more laidback sound than we’re used to from the group. From “Moneygrabber” to “HandClap” Fitz and the Tantrums have made a name for themselves with their energetic, feel good, nouveau-retreaux pop. But three albums and almost a decade in, one gets the sense that maybe they’re ready to slow down just a little bit—and hey, if anyone’s earned it, it’s them.

Noticeably, “123456” leans more pop than some of their other offerings. It’s radio-friendly and has a playful vibe that’s just begging for it to be featured in the trailer of some movie that was adapted from a young adult novel—or maybe a Target back-to-school commercial. Undoubtedly, it’s going to make this band a lot of money.

Fitz and the Tantrums has an exceptionally strong body of work, and unfortunately, this song just doesn’t stand out against it. That doesn’t make it an awful song, or even a bad song, per se. It’s just that it’s a “seven” amongst a catalog of “tens.” It’s merely acceptable from a band that we’ve grown to expect exceptional from.

Ultimately, “123456” feels like a shift towards a more commercial-friendly sound from a band that was already pretty darn successful. But lest we judge a forthcoming album or the future of a band based off of one single! Experimenting isn’t inherently bad, and from a band as historically brilliant as Fitz and the Tantrums, it could even be a good thing.

So what? We don’t feel the vibe just yet, and it’s still too early to tell. All things considered, it’s still a pretty good song. It’s just not going to be put in our heavy rotation anytime soon.

What do you think? Are you feeling the vibe? Let us know by tweeting us @soundigest!