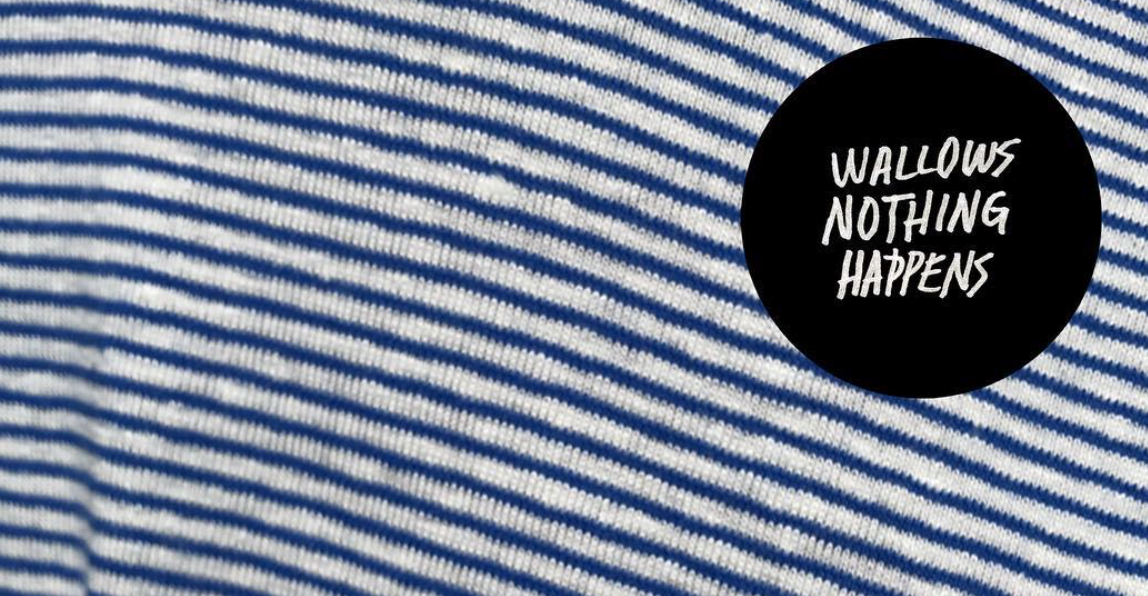 Alternative-indie band Wallows are on track for a wild year. They’ve secured a coveted spot on the Coachella lineup that will eventually kick off their world tour in April. They’e gradually been releasing EPs and singles within the past year, cultivating their niche within the indie genre. Now, with the release of their debut album Nothing Happens, the guys have captured the essence of teenage angst unlike any other young indie group.

13 Reasons Why star Dylan Minnette and Braeden Lemasters take the reins as the band’s vocals and strings while Cole Preston backs them up on the drums. The band conveys the darkest emotions of a typical teen entering into the depths of adulthood, doing it with a grace that’s devastatingly raw. Perhaps it’s the trio’s bond that allows that luxury — the guys have known each other since they were children and have been working on music together for over a decade.

Wallows set the tone of Wallows early. Their first singles “sidelines,” “Are You Bored Yet?” and “Scrawny” introduced an album that was hopefully on the cusp of indie greatness.

They open the LP with “Only Friend,” a track that grabs elements of a Vampire Weekend and Two Door Cinema Club vibe. While they sound alike, Wallows carves out a sound that’s so exceptionally them. It differs from their previous releases, ultimately establishing a fresh beginning for the alt-indie band. It easily transitions into the high-energy track “Treacherous Doctor,” an ode to the dreadful stages of growing up.

“Worlds Apart” reminisces on a failed relationship, paying homage to the good times but also accepting the longing the heart endures. It rings true to young teen love — everyone’s experienced that stereotypical high school love that never worked out. The same goes for “Remember When.” Despite its fast-paced nature, it touches on heartbreak and everything in between.

Nothing Happens has its moments of emotional vulnerability, but perhaps the most monumental is from “Do Not Wait.” Concluding the 11-track album is a six-minute long, goosebump-inducing mantra. There are so many songs that speak volumes on teenage angst and emotions — we endure the biggest dramas like high school fights, first breakups, divorced parents and broken families — but maybe this one explains it best. Despite all that, it’s a reminder that while these things can be taxing on the teenage heart, we’re going to make it, stronger and more okay than ever.