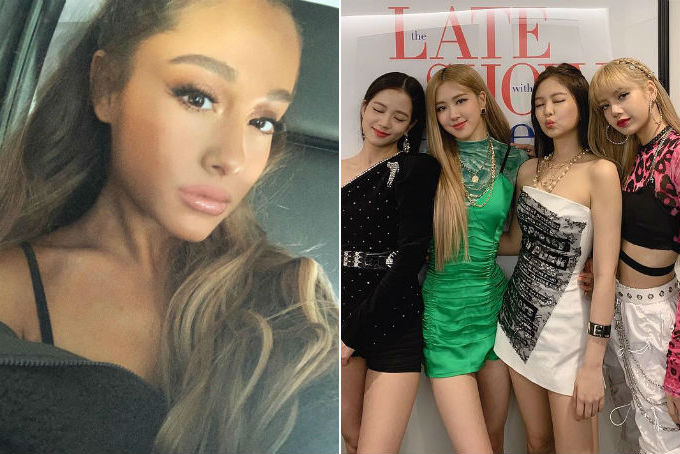 2019 is shaping up to be BLACKPINK‘s year, and the group already has some new celebrity fans. That’s right! Twitter user @thottielisa shared a DM conversation she had with Ariana Grande, asking her if she knew who BLACKPINK was. She also told the pop singer that she should check out their set at Coachella. The “7 Rings” singer will be closing out the festival this year. Grande responded saying that she does know who the girl group is and that she wants to see their performance at the upcoming festival.

As of now, the tweet has been liked almost 14k times and retweeted almost 5k times. BLINK, fans of the “DDU-DU DDU-DU” singers, are excited by the news and they’re looking forward to potentially seeing photos of the megastars together in the coming weeks.

BLACKPINK has already made history for being the first K-Pop girl group to perform at Coachella. They will be performing on both Fridays across the two-weekend run of the festival.

In addition to their Coachella debut, the girl group recently announced their upcoming EP and its lead single, “Kill This Love.” The EP will be released April 5, ahead of the group’s debut U.S., U.K. and European tours. This comeback will be the first release from the group since “DDU-DU DDU-DU” in June of last year. The tour will kick off in Amsterdam on May 18, so it really is right around the corner!

The group’s agency, YG Entertainment, has been releasing teaser images of the group’s four members, Lisa, Jennie, Jisoo and Rose for the comeback. The most recent teaser is the official comeback poster, featuring the four girls in Tomb Raider-like outfits. See?

Unfortunately, there’s no news yet regarding when a music video teaser for “Kill This Love” will be released. However, it will most likely be early this week. One thing’s for sure: BLACKPINK and their fans are going to have a busy few months, and personally, we can’t wait.