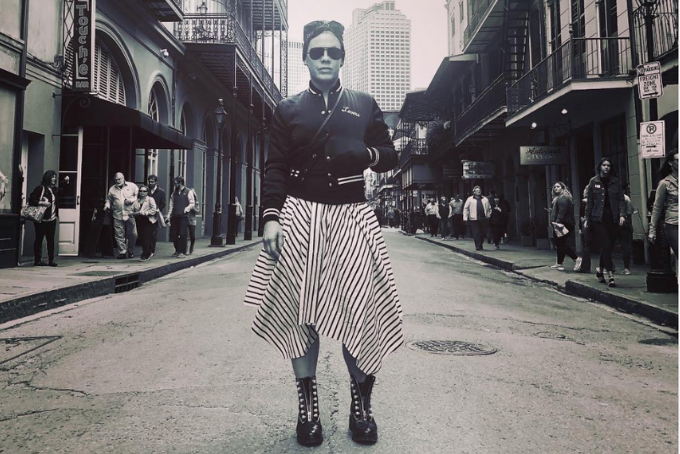 Twenty-time Grammy nominee P!nk has been teasing her eighth studio album, Hurts 2B Human, for a few weeks now, and she’s officially released the tracklist for the album. Along with it, the “Raise Your Glass” singer gave us her sassy upbeat track “Hustle.”

P!nk has always been a fan of collaborations in her music for quite a while, working with Nate Ruess on her hit “Just Give Me A Reason,” as well as Eminem on multiple tracks between the two (Eminem’s “Need Me” and P!nk’s “Here Comes The Weekend” and “Revenge”). This time around, she’s enlisted the help of Wrabel, Cash Cash, Chris Stapleton and Khalid. The variety of genres just in that short list gives us no clue what this chapter of her career is going to sound like, but we’re ready it.

As far as production goes, she’s teamed up with an incredible array of producers and songwriters, including some of her older collaborators, like Max Martin and Shellback, but also new ones like Dan Reynolds and Sia.

Hurts 2B Human isn’t out yet—we’ve got just a few weeks left until its release on April 26—but you can preorder it now on P!nk’s website. She’s also getting the last bit of her 2017 album out to the world on the final leg of her 2019 Beautiful Trauma World Tour, which you can find tickets and dates to here.

You can watch the lyric video for P!nk’s single, “Hustle,” and take a look at the record’s tracklist below: