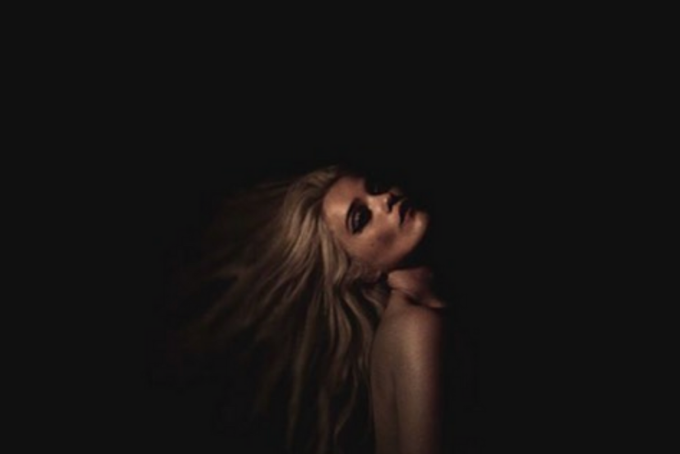 Six years is a lifetime for pop stars—so many hits come and go, albums hit no. 1 and sink back down the charts. For Sky Ferreira, the wait isn’t new to fans. It’s been over half a decade since her debut album Night Time, My Time smashed the innovative pop airwaves in 2013. Combining elements of grunge rock and synth-pop, Ferreira established herself as a dynamic pop legend. But then she slipped away, leaving loyal listeners gobsmacked and wondering when they’d hear her next.

TBT: DOWNHILL LULLABY. I released my single yesterday & I haven’t released music in six years. I wanted to post this yesterday but I have truly been so overwhelmed by it (in the best way possible). It’s still difficult for me to actually put all of this into words and write/post anything about it.It was such a long process and this is the first time I’ve released something I fully produced & arranged before.I probably won’t be able to actually say anything I want/need to yet. I greatly admire Dean Hurley & I’m heavily influenced by his work. I wanted to work with him so badly. I knew I couldn’t make this song without him…long before it was written & I carried it inside me for a long time. He listened to me when it probably didn’t make sense & spent so much time producing this with me. I know the song is basically 5 and a half minutes long but I highly suggest listening to it with headphones (please)! Thanks to all of the talented people involved & for trusting me enough to work on this. I knew I had to specifically work on this with every person involved & refused to do it with anyone else. I’m forever grateful. My mind is reeling right now from being able to share this. PRESS THE LINK IN MY BIO TO DOWNLOAD IT ❤️ Produced by Dean Hurley & I Mixed by Dean Hurley Written by Jorge Elbrecht,Tamaryn & I Engineer: Ira Grylack (& he might not be human?) Session producer: Nis Bysted Engineer: Nis Bysted Guitar: Elias (& essentially support system to actually do this & helped in countless ways 💘) Drums: Rune Kielsgaard Drums Recorded in Black Tornado Engineer: Lars Lundholm Session producer: Nis Bysted Violin recorded in Viktoria Studios Copehagen Violin: Niels Grøndahl Artwork & Art Direction by Alejandro Cardenas & I the original photo was taken by Sandy Kim Matt Shelton helped organize everything Thanks to all of the people who keep supporting my music throughout everything Love, Sky

The 26-year-old has gradually inserted herself back into the spotlight with the release of her newest single “Downhill Lullaby” from her upcoming sophomore album. The beat is mystically haunting, emanating a darkness behind the lyrics. In an interview with Pitchfork, Ferreira delved into its significance, saying it was a “vision of water in darkness” that inspired the song. The artist is no stranger to things creepy and eccentric—she cites one of her biggest inspirations as David Lynch, the popular creator behind the hit show Twin Peaks and much more.

The first song isn’t a pop song…because I really want to make a video for it (& I love it). I’m confident about all of the pop songs on my record so I decided to start with something different. 🤠

She reverberates her creativity throughout the track, something she’s never been shy about. The “Everything Is Embarrassing” singer has voiced her struggles with previous record labels trying to stomp out her shine, and perhaps that’s the reason her highly-anticipated comeback has taken so long. She’s strongly passionate about her art and it’s evident all throughout “Downhill Lullaby.” It’s an almost six-minute-long anthem that leaves us questioning our deepest, darkest secrets. Maybe Ferreira knows them, but we’re confident she’ll keep them under wraps.

Ferreira’s takeover as the next unconventional pop star is already set for this year with the hopeful release of her second album. Listen to Sky Ferreira’s new single “Downhill Lullaby” here.