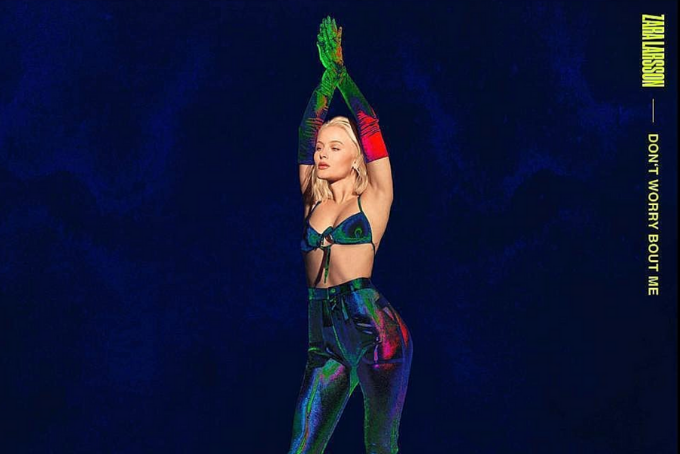 Zara Larsson shares she’s doing just fine after a breakup in her latest single “Don’t Worry Bout Me.” Produced by The Struts and co-written by Tove Lo, Larsson’s voice is strong and confident on the carefree, self-empowering track about moving on after a breakup.

“You’re trying to stay in my life // Ain’t got the space or the time,” she sings over the dancehall-infused beat. “It’s too late now, I’m moving on.” The track dropped March 28 and was meant to be simultaneously followed by its visual. However, the singer revealed on Twitter that she ultimately wasn’t happy with the final product.

The 21-year-old gets poignant on the catchy chorus. “Don’t worry ’bout me // You should worry ’bout you,” pouts Larsson. “Keep doing what you do best, babe, // That’s loving only yourself, babe.” Yikes. We wouldn’t want to mess with Zara! Her smooth and sweet vocals coupled with the independence and empowerment exhibited in her lyrics make this the perfect pop tune to bop to, especially with the summer season just around the corner.

“Don’t Worry Bout Me” is the second single from the Swedish pop star’s upcoming sophomore album following last year’s “Ruin My Life” single drop. There’s no word on a release date for the new record, but fans can expect a possible collaboration with none other than the “Thank U, Next” crooner herself, Ariana Grande.

The “Lush Life” singer is set to tour the U.S. and Europe soon and will also be join Ed Sheeran on his European tour.

Regardless, you can stream “Don’t Worry Bout Me” on all platforms now! Listen to it below and let us know what you think in the comments section or by tweeting us @soundigest.