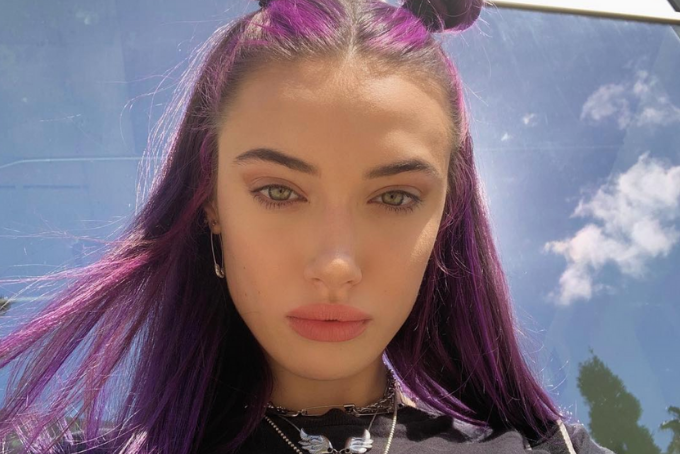 Searching for love, as most young adults do, isn’t always fun. If one good thing came out of the confusion love brings, it is Olivia O’Brien’s new track “Just Friends.” The singer-songwriter strings together emotional and relatable lyrics, leaving us all in our feelings.

Lyrics from the song like, “I don’t want love, we just get hurt // Don’t want to feel stuck, that just makes it worse,” easily allows listeners to put themselves in her shoes. Let’s not deny it, we have all been there! The heartfelt hit is the first track released off her highly anticipated debut album Was It Even Real?. The album will be released on April 26, and if “Just Friends” is anything like the rest of the record, we can only expect the best from O’Brien.

my song “just friends” is out now. i wrote this song in stockholm about a year ago now. before my trip there, i had gotten into a fight with an asshole guy i liked at the time and we stopped talking… i don’t remember exactly what the reason for the fight was, but i (stupidly) texted him while i was away and we reconnected the day before i had this session. i found screenshots of my texts with him from that trip when i was going through my photos the other day, and i realized how awful he was to me. he always told me not to like him because he just wanted to be friends, even when he knew i already did. he said that he liked being my friend, but was happy that we could “cuddle sometimes and it’s not weird.” he told me that he was still in love with his ex girlfriend and i still stuck around for some reason. this song is about him, and though i’m grateful for the inspiration… damn, i can’t believe i ever even wanted to be his “friend.”

The multi-platinum songwriter burst onto the music scene with her hit song “I Hate You, I Love You” in late 2017. Since then, her fan base has been growing nonstop, reaching over 500k followers on Instagram before even having released a record. She is not only building a career in music for herself, but she’s also building a strong personal brand. O’Brien’s distinct style of unique purple hair and trendy clothing seamlessly fits her current style of music. The rising pop star has been portraying barbie dolls, the purple color scheme and her unique take on the infamous LA lifestyle to tell the stories of her music.

This is only the beginning for her, and O’Brien has expressed how excited she is for her fans to hear what she has been cooking up in the studio. We love everything O’Brien is doing right now, and we want ALL the confessional catchy tracks she has to offer us. If you are as excited as we are, make sure you check when Olivia O’Brien is coming to a city near you!