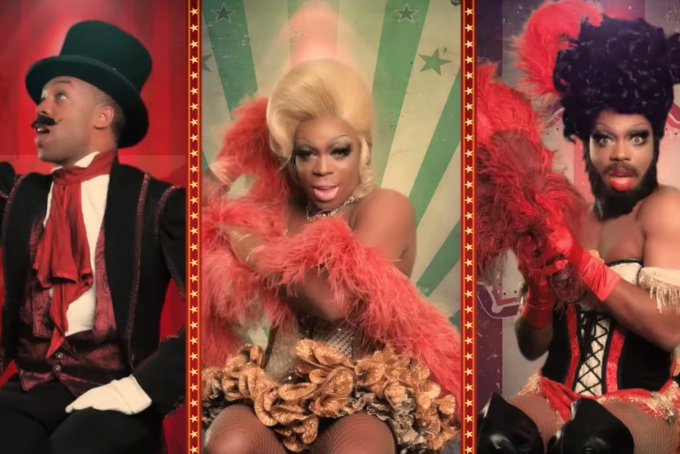 There isn’t anything Todrick Hall can’t do. A Jack of all trades, Hall is a singer-songwriter, choreographer, actor, and drag queen but is most known for his amazing Youtube videos. Many may also know him from his Virgin America safety video that he wrote and featured in for their in-flight safety demonstration. From flashmobs to parody videos, he’s done it all over the years and to celebrate Hall’s 34th birthday, we’re giving you our top six Todrick Youtube videos.

A lot of fans were brought in from this video, which received thousands of views. This original showcased many of Hall’s skills as it was a video audition for the third season of “Glee.” Hall was not cast in the hit TV show that year, but we love this video nonetheless.

2. Twerking in the Rain

This video takes a very interesting and entertaining spin on, “Singing in the Rain.” Showcasing his twerking skills, Hall and his dancers break it down in some not-so-delightful weather.

In his fabulous rendition of The Greatest Showman, Hall not only sings different characters’ parts, but in true Todrick fashion, he also went all out with costumes and backdrops to match! He features his amazing vocals in this mashup of tracks from the hit 2018 film.

This recent video showcases two hit songs mashed up perfectly. Using RiRi‘s “B*tch Better Have My Money” and Ariana Grande‘s “7 Rings” to start off the video, you already know it’s going to be fire. With simple, yet visually pleasing backdrops and clothing, the video is pulled together incredibly well.

Remember when flash mobs were a thing? This one took the cake as Hall shut down a local Target store using Beyonce’s music and moves to match. Beyonce even recognized him for this awesome dance-off!

6. Beauty and the Beat

Taking a very unique spin on the classic Disney movie, Hall made this Disney song into all things ratchet by placing Belle from “Beauty and the Beast” in the hood.

Did we miss your favorite Todrick Hall Youtube video? Drop it in the comments below or tweet us @soundigest!