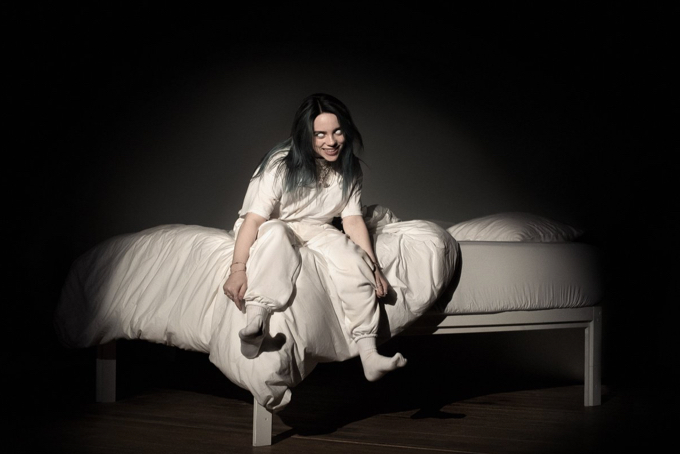 Billie Eilish might not be a household name just yet, but she’s slowly becoming the frontrunner for the latest generation of popular artists. A string of successful singles like “Ocean Eyes” and “Lovely” featuring Khalid, along with her 2017 EP Don’t Smile At Me, garnered Eilish a massive online following before the drop of her full-length debut album, When We Fall Asleep, Where Do We Go? The March 29 release was met with much fanfare, especially since it was coupled with the music video for “Bad Guy,” one of the album’s several highlights. It’s an impressive body of work that can only be described as a dark, experimental rollercoaster, and boy is it a doozy.

It’s worth noting that When We Fall Asleep is the product of a 17-year-old’s mind, and it shows in the most remarkable ways. Similar to most teenagers, the album is moody, a little messy and imperfect, but that’s where its charm lies. The striking production work comes courtesy of Finneas, Billie’s older brother who also supports his sister in the songwriting department. The overwhelming melancholy spread throughout has drawn comparisons to Lorde and Lana Del Rey, particularly in atmospheric tracks like “Xanny,” “When The Party’s Over,” “Listen Before I Go,” and “Goodbye.” The heartbreaking “I Love You” follows a similar aesthetic and features a chorus that borderline samples Leonard Cohen‘s iconic “Hallelujah” melody. Eilish plays the introspective part well and the emotion resonates heavily — even with the lack of vocal dynamics.

The most unexpected lines you’ll come across on the album can be found in “My Strange Addiction,” a bouncy head-bopper that samples dialogue straight from the TV show The Office. Standout tunes “Bad Guy,” “You Should See Me in a Crown” and “All the Good Girls Go to Hell” all benefit from upbeat rhythms coupled with bold lyrics and aloof vocals. “Bury a Friend” experiments with a sound reminiscent of Kanye West‘s 2013 Yeezus era. “Ilomilo,” a song about the fear of separation, references a 2010 video game where the player has to reunite characters “Ilo” and “Milo” through teamwork. Talk about variation! Sonically, the album plays like the musical equivalent of an American Horror Story season. Despite this insane mix of styles, When We Fall Asleep somehow works as a whole… for the most part.

Even though it profits from an excellent foot-stomping rhythm, the contents of “Wish You Were Gay” might just be too controversial to enjoy. The unexpected Hawaiian vibe of “8” also gets lost in the depths of the track list, sandwiched between far more memorable tunes. The album works best as a nighttime soundtrack, or something one listens to while they write, draw, paint or do anything remotely creative. While it might not be everyone’s cup of tea, Eilish has created something impressively unique and meaningful. Those who can find solace in its emotional experimentation will truly enjoy themselves on a musical journey they won’t be forgetting any time soon.

One thought on “Billie Eilish Gets Dark in Debut Album When We Fall Asleep, Where Do We Go?”