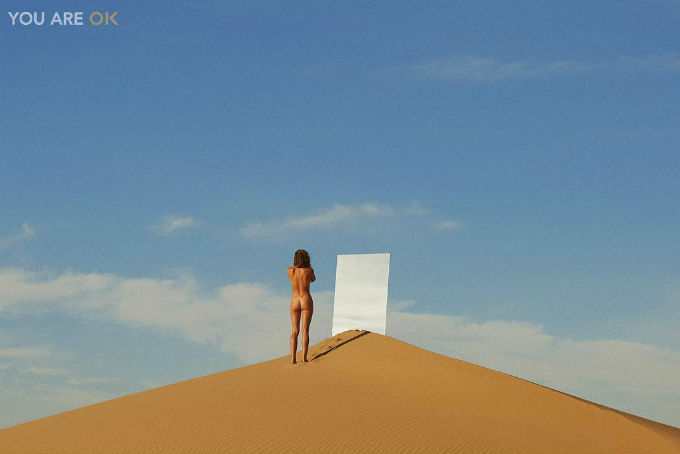 No, we are not OK, and it’s because we simply cannot stop listening to The Maine‘s latest album You Are OK. As we all know, The Maine never disappoints. On March 29, the Arizona-based band released their seventh studio album. You Are OK takes The Maine outside of their comfort zone in the best way possible. The album addresses mental health in ways the quintet’s has never done before, and with a blend of pop, rock and emo, they’ve put together stories of love, life and struggle in a way that really connects with their fans.

You Are OK contains many accents from a string section, which really adds to the grandiosity of The Maine’s sound. The orchestral sounds along with fun guitar solos and many tempo changes keep listeners wanting more. Although the album diverges from the band’s previous two releases musically, they still maintain a cohesive album. They included transitions between songs and were selective in choosing a strong opener and closer. In an era of radio singles, the Arizona boys managed to put out something unique and cohesive. They made it difficult to not listen to You Are OK from front to back several times over.

Previously, The Maine had lyrics and a few songs that addressed mental health. Now, they’ve taken a leap forward by focusing a whole album on the topic. Songs such as “Slip the Noose” and “Broken Parts” make listeners who struggle with anxiety, depression and other illnesses feel less alone. Singer John O’Callaghan reminds us that you can be OK — maybe not now, but the possibility to get better and feel different each day is there.

Along with lyrics pertaining to mental health, John and company once again cover the pains of growing up. This is evident in the beautifully written closer, “Flowers On the Grave.” Even through all the hardships, The Maine still finds room in their lives for love. This is shared with us in songs such as “Forevermore,” “Numb Without You” and “One Sunset.” Through metaphors and vivid imagery, those listening to You Are OK will, as their lyrics imply, “Feel It All Over.”

If you aren’t dancing or singing with windows down to You Are OK, you’re missing out. The album has the potential to be both the album of the summer and the album of the year. With their honest lyrics, The Maine continues to connect with their fans on their seventh studio album to date. They also bring joy to their fans through their shows, pop-up shops and other projects. If you love the album as much as we do, you can catch John, Kennedy, Jared, Garrett, and Pat on the road throughout the rest of 2019. And if you aren’t right now, someday you will be OK.