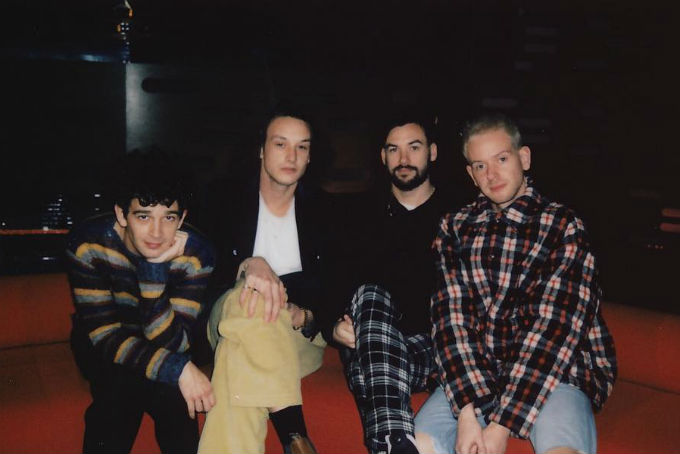 Aries season is in full swing, which means two things. For starters, it means that music festival season is right around the corner (woo-hoo!), and finally, it means that it’s officially something we like to refer to as “lead singer season.”

If you believe in astrology, you can probably understand why lead singers are usually Aries. They’re the universe’s natural leaders. They’re loud, fearless, and well, er, you know, really… self-confident. In fact, some folks might even say they’re arrogant or stubborn, but we here at Soundigest don’t partake in such negativity.

Unsurprisingly, this sign of the zodiac boasts some of history’s most bombastic singers — Lady Gaga, Elton John, Steven Tyler, Aretha Franklin and Diana Ross, just to name a few. But today, we’re here to celebrate somebody else: The 1975‘s Matty Healy.

In honor of the Manchester-born singer himself, let’s take a look at the five best covers the band has ever done, shall we?

“Rather Be” by Clean Bandit

If you’re not a fan of The 1975, this is the cover that would probably convert you into a believer. There’s something about the glitchy, looped vocals and the smooth, slinky guitar that really makes this cover work. And while you’d think that without the sharp violin riff this song would be unrecognizable, The 1975 seem to do just fine without it.

“Sorry” is a bop no matter how you play it, but The 1975 really crushed it with this trippy cover. The energy is good, the drums are steady and the bass is perfectly funky. The swing they added to the synths? That’s the cherry on top. Plus, lyrically this song isn’t too far off from the band’s original work. Heck, maybe we’ll get a collab in the future.

“Thank U, Next” by Ariana Grande

The (absolutely iconic) music video for this song was released the same day as A Brief Inquiry into Online Relationships, so this cover makes a lot of sense. Not to mention, this cover comes after Healy got clean and sober, so it’s a particularly excellent vocal performance from him. Oh, and can we applaud him for keeping the original names and not replacing them with his exes? Because we’re totally going to.

“What Makes You Beautiful” by One Direction

So what if Healy looks like he’s the tethered version of Harry Styles? (We say that with love, we promise.) This cover proves that even though the term “boy band” has been slung at The 1975 in some weak attempt to insult them, they’re a notch above that, and can turn even the most typical, sugary pop songs into sophisticated slow jams. The way the chorus swells takes this from a feel-good summer jam to a “cry in my room at 4 A.M.” jam. Oh, and did we mention it is 100% Harry Styles approved?

Okay, so they were technically called Drive Like I Do when they played this, and it’s probably unfair to bring up something they all did when they were literally 15 years old, but A) Drive Like I Do was just a different name for The 1975, and B) this is simultaneously really adorable (who would’ve thought that a brooding Englishman with a penchant for Truman Capote and Allen Ginsberg started as a regular old Fall Out Boy fan like the rest of us?) and honestly, pretty good for what was then just a band of teenage boys goofing off.

(Sidenote: who else noticed that the pre-chorus in that song shares lyrical themes with “Sex?” Just us?)

Happy birthday Matty Healy! We’re glad you made it past the day you were 28 years old.