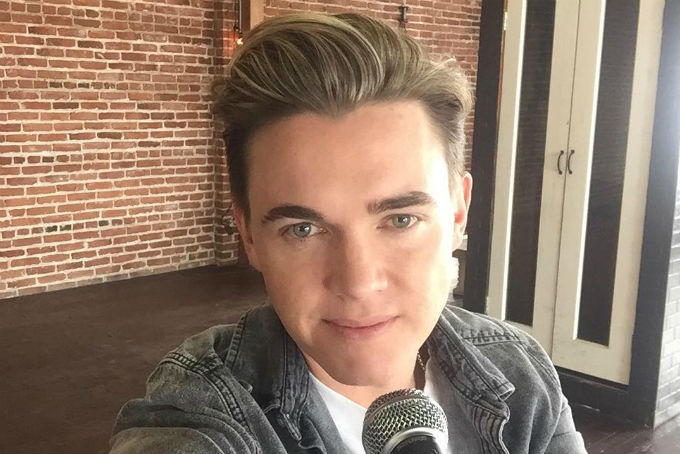 It’s official. Jesse McCartney turns 32 years old today and he still makes us swoon like he did over a decade ago! Feel old yet? The “Beautiful Soul” singer has been releasing solo music since 2006, and he made his debut back in 1999 with the tween boy band Dream Street. Over the years, Jesse has released six albums and countless hit singles, making him a force to be reckoned with in the pop universe.

So what is Jesse McCartney up to now? In the past year, the musician released two new singles: “Better With You” and “Wasted.” Music videos for both singles were released shortly after, with completely opposite concepts. The video for “Wasted” is a spoof on daytime soap operas — something that Jesse himself used to be a part of when he starred on All My Children and Summerland. As for “Better With You,” the video shows a modern love story and how fate can affect your future.

Jesse finished up the month-long run of his most recent headlining tour, The Resolution Tour, which ended after a month in Seattle on February 13. While on tour, he showcased his two new singles, some of the classic hits like “She’s No You,” and gave concert-goers a sneak peak at some unreleased music that he mentioned he’s dying to get to the studio to record.

As for his personal life, the New York-native has been in a long-term relationship with actress Katie Peterson for over five years. The couple has an adorable dog named Bailey that they’ve taken care of together since back in 2014, which has included the pup tagging along on the road with the band.

What can we expect for the rest of 2019 from Jesse? He will be performing at multiple colleges across the country, including stops at Kansas University and Georgetown University. We’re wishing Jesse McCartney the happiest of birthdays and hope that there are many more singles and exciting announcements to come.

One thought on “Jesse McCartney Turns 32: Where is the Pop Sensation Now?”