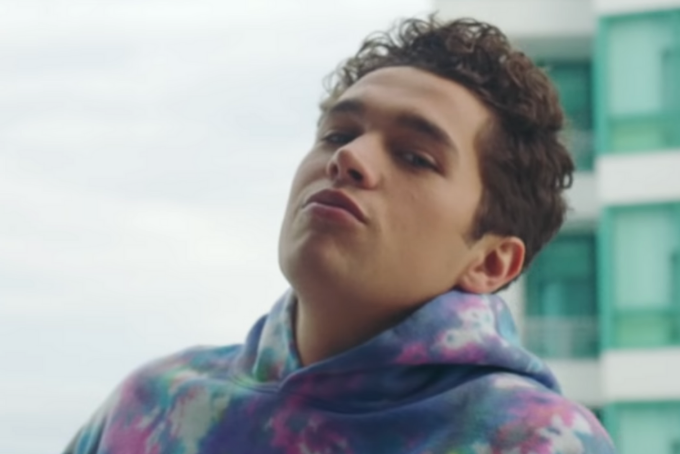 Austin Mahone turned 23 April 4, and marked the occasion with a trip to Las Vegas and giving his fans the gift of new music! Mahone released his new single, “Anxious,” to celebrate his birthday along with a fun music video to go along with it.

The recent “Why Don’t We” singer teased his fans by giving out a few hints the days leading up to the release, including posting a snippet of the song and messaging fans pieces of the cover art to put together. Fans got to work immediately, trying to piece together the artwork and get more info.

The song has a smooth electric vibe mixed, and with Austin’s sweet falsetto, it’s sure to be one of this summer’s hit.

The “Better With You” heartthrob sings, “I can’t help it, I want you more with every innocent touch // The more I say we’re just friends, the more I wanna explode // Every time we’re alone, I try to speak but choke // Can’t say it when it’s just us // Cause you make me so anxious,” expressing his feelings of trying to talk to a girl but experiencing that nervous feeling that takes over every time he attempts to talk to her.

Not only did he give his fans the gift of a new hit, but he also released a music video to go along with the new single. The video is set in multiple places in Miami, including his beachfront condo, and depicts Mahone playing basketball, riding around town in his custom BMW, and partying on a boat.

“Why Don’t We” and “Anxious” are both songs you should definitely be adding to your summer 2019 playlists. Mahone is on a roll with these hits, and we can’t wait to see what else is to come from him.

Check out the music video for “Anxious” below.