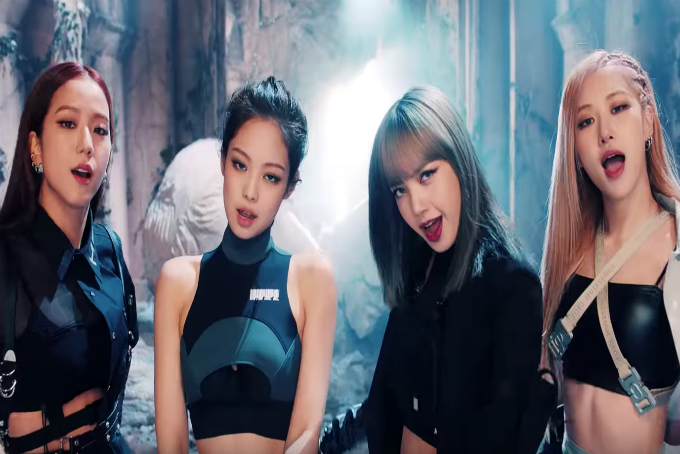 K-Pop powerhouse BLACKPINK has released the music video for their highly anticipated “Kill This Love” single. The single comes from the group’s new EP, also titled Kill This Love.

The video has already broken multiple YouTube records. It is the fastest music video to reach 100 million views, making it the biggest ever music video debut.

The visual is a mash-up of multiple genres, including action and fantasy. The track is a catchy brass-led, electro-pop tune, matching the blending of genres in the video. The video opens with intro shots of each member in a room surrounded by trumpets before going into the first verse. Rapper Jennie performs with two massive swan set pieces and a sunset behind her. The video then jumps to Lisa as she struts around a candy shop knocking things off shelves and kicking displays.

Jisoo’s scene is a stark contrast, featuring her head above a pool of water and the sun against a black background. Next up is a distraught Rosé, who is driving fast in a sports car and it is revealed that she is chasing down her doppelganger, presumably hitting her before the scene changes.

The chorus shows the girls dancing in a destroyed building, The Tomb Raider-like outfits and the set really match the choreography. It’s powerful and very hip-hop influenced. The next scene features Jennie and Lisa delivering the majority of the verse in English, something new for BLACKPINK.

Jumping ahead a bit, like Rosé, Jisoo is hunting herself down, this time in a castle. The next group scene shows the group dancing in the middle of a massive animal trap. The video wraps with cuts between the girls in a graffiti-covered alleyway and in the room from the beginning of the video with marching band back-up dancers.

The production for the video is phenomenal but feels like a bit too much. The video seemed to lack direction with the constant switching between genres. Even when looking back, comparing the teaser images and the teaser poster for the video, they look like they are for two completely separate videos. Each scene, while shot beautifully, doesn’t flow into the next scene.

We would have liked to see a continuation of the idea of the girls hunting down their duplicates. It seemed strange that it only occurred with Rosé and Jisoo. We always like to see artists switch things up, but with “Kill This Love,” there are too many different pieces. “Kill This Love” is a cool video, but it feels like it doesn’t know what direction to go in.

Check out the video for “Kill This Love” below, and let us know what you think in the comments or by tweeting us @soundigest.