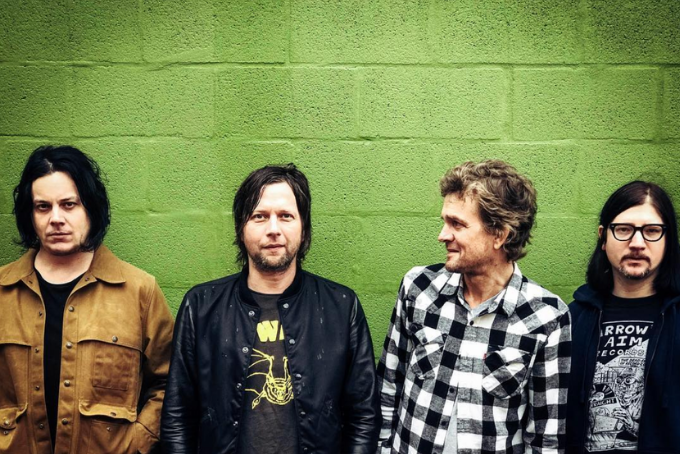 After teasing new music and new shows last year, The Raconteurs are finally back! At Nashville’s Third Man Records’ 10th anniversary celebration, the group debuted some new tracks, including “Help Me Stranger,” “Shine the Light on Me,” and “Bored and Razed.” It was essentially a hype performance to get fans excited for the announcement of their upcoming North American Tour. The tour will kick off on July 12 in Detroit and go all the way through October 18 in St. Louis. They will also be stopping at the 50th Anniversary Woodstock Festival in Watkins Glen, New York this summer.

The Raconteurs are composed of Jack White, Brendan Benson, Jack Lawrence and Patrick Keeler. They are a rock band from Detroit, Michigan and have been around for more than a decade. Their past hits include “Steady, As She Goes,” and “Now That You’re Gone.” The new tour is in support of their upcoming album Help Us Stranger. This marks their very first release in 11 years. Help Us Stranger is set to drop on June 21, which gives fans a month to learn the lyrics before singing along with the foursome on stage.

Heading out across the states this summer for the first time in too long! North American headline shows on sale Fri. April 12 at 10am local time. @thirdmanrecords Vault members get first pick with a special pre-sale on Tues. April 9th. Each online ticket purchased for these shows will include a physical CD copy of HELP US STRANGER, out June 21, with the option to upgrade to the standard black vinyl LP. Full tour details in bio.

The general public will be able to buy tickets on Friday, April 12, at 10 a.m. local time. However, if you’re a member of Jack White’s Third Man Records Vault or you are an American Express cardholder, you have access to special pre-sales. Grab your tickets soon—they’re sure to go fast as fans haven’t been able to see The Raconteurs on stage in years. If you’re looking for more incentive to buy them, all ticket purchases will include a CD of the new record and will be given the option of upgrading to a black vinyl version. See the full list of tour dates below.