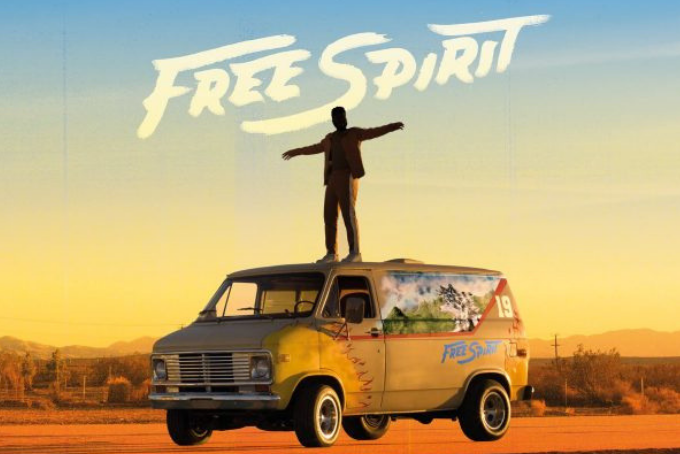 It has been two years since Khalid released his debut album American Teen, which tackled topics about growing up being “8TEEN” and “Young Dumb & Broke.” The 21-year-old singer gets even more real on his sophomore album Free Spirit. The album consists of 17 tracks, including songs like “Better” and “Saturday Nights,” and music fans’ satisfaction with the LP was clear as it quickly rose to the top of the charts after its release.

Khalid gets into some pretty real topics on his latest record. The song “Bad Luck” discusses the struggle of fallen relationships and ingenuine people taking advantage of him. “My Bad” and “Talk” share similar themes of communication issues in a relationship while also explaining that sometimes moving too fast can be damaging.

Transitioning to the song “Right Back,” the “Location” singer touches on being patient with someone you really like in hopes that one day things will work out between the two, which is emphasized in the lyric, “Now I know we’re not dating, nah // Maybe soon by the way things go, we’ve been talking for ages.”

The album also consists of two collaborations—”Don’t Pretend,” featuring SAFE and “Outta My Head,” featuring none other than John Mayer. The track “Don’t Pretend” is about waiting for someone to reach out as they’ve been growing distant. Khalid and SAFE’s vocals blend together beautifully on the chorus and really compliment each other.

The song “Outta My Head” was co-written by John Mayer and also includes his amazing guitar skills, which really brings it all together. The song is about that one person you can’t ever stop thinking about, and just the thought of them brightens your day.

Overall, every single song on this album is a masterpiece, and Khalid has proven himself to be an amazing songwriter. He will be on the road touring Free Spirit this summer on his first arena tour, so make sure to check if he is coming to a city near you! In the meantime, listen to the album down below and be sure to leave a comment or tweet us @soundigest to let us know which song is your favorite.