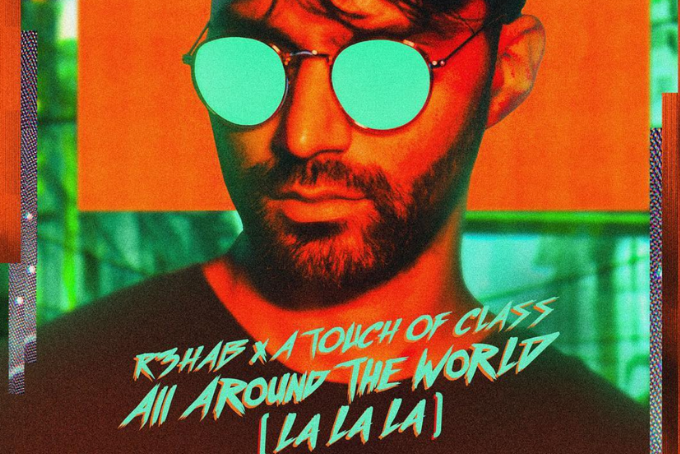 Dutch DJ R3hab has been a house music mainstay since his career took off in late 2007, drawing massive crowds with his own productions while also dropping official remixes of modern hits like Bruno Mars’s “24k Magic” and Dan + Shay’s “Tequila”. While catchy remixes are an essential backbone for most DJs, R3hab decided to throw it all the way back with his most recent single. In an unexpected move, the producer chose to revisit “All Around the World (La La La),” a classic, danceable early-2000s hit by international pop group A Touch of Class.

The song choice is noteworthy for several reasons. For starters, “All Around the World” was originally released in 2000, about seven years before the DJ’s career actually began. Then, there’s the fact that A Touch of Class isn’t even a group anymore; the foursome was only active from 1999 to 2003.

Despite the global success of ATC’s most popular earworm, members Joseph Murray, Sarah Egglestone, Livio Salvi and Tracey Packham chose to stray from the spotlight and pursue other professions. Fast-forward to 2019, and R3hab is revamping the iconic tune for a new generation.

This rendition of “All Around the World” is moody and reluctant, partly because it’s missing the frantic synths that upped the ante in the original chorus. Also, gone are the prominent light bells that made the song so enchanting, therefore giving this 2019 remix a deeper, darker house vibe. To be more congruent with the DJ’s famous aesthetic, a more robotic approach is taken with the vocal work, including the famously whimsical chorus.

Another aspect that was shockingly scrapped for the remix was the impeccable chord change that occurs in the last minute of the 2000 version. These creative decisions make sense for the Dutch producer, and fans of his signature sound will absolutely love it, while others will reminisce on the more playful, lighthearted production of the original. After all, the purpose of a remix is to rework a song and make it your own, a concept that the Dutch DJ has no qualms about exploring. You can listen to ATC’s classic hit here and check out R3hab’s rendition below to decide which one you like best, but we’ll have to side with the original for this one.