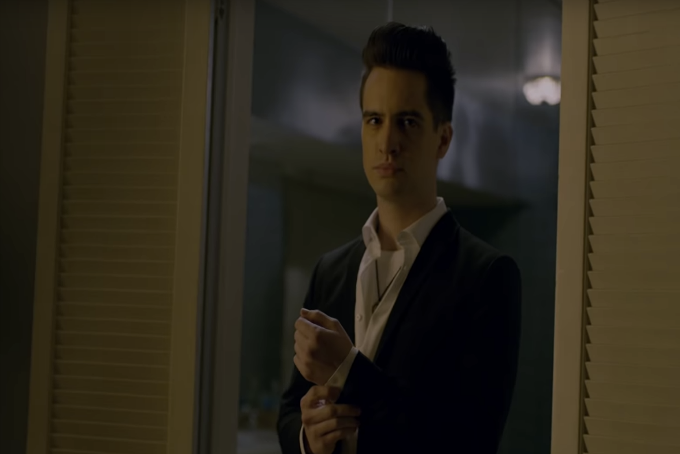 As we’ve noted before, April is a pretty big month for musicians. On April 8, Matty Healy celebrated his 30th birthday, followed immediately by Gerard Way celebrating his 42nd birthday on April 9.

Aries season is truly the singer’s season, and arguably the most bombastic of vocalists celebrates a birthday today, on April 12: the man behind Panic! at the Disco himself, Brendon Urie.

In honor of Urie’s 32nd, here are the five best Panic! at the Disco music videos to ever grace our screens. (And believe us, it was pretty hard to narrow it down to just five.)

If you would’ve told us in 2006 that the adorable frontman of Panic! at the Disco would, in just over 10 years time, make an exceptionally convincing (and might we say dashing) action hero, we would’ve laughed in your face. But he crushes it (and a bunch of masked bad guys) and we love it. Shout out to that wicked fight choreography.

“But It’s Better if You Do”

Of course, if you’re a real die hard for this band, you’d know that Urie has had the acting chops. The first 30 seconds of this music video is all Urie. Seriously. He even plays the vaudevillian styled piano that plays over the scene. What can’t this man do?

To answer the question posed in the previous entry—we still don’t know because the boy can dance, too. Urie proved that he was ready for a musical long before he ever got fitted for a pair of kinky boots in this fun romp across decades. From the Mellon Collie and the Infinite Sadness references to a full Singin’ in the Rain tribute, this video proves that Urie is a renaissance man, to say the least.

Did you really think we’d leave this sizzling piece of video goodness off our list? Look, we’re not keen on objectifying anyone, but Urie looks great here, and he knows it. This was a pure thirst trap, scored to the bi/pan anthem of 2kforever. Thank you, Brendon.

“I Write Sins Not Tragedies”

The video that started it all. When this first hit MTV, none of us could’ve guessed that this little oddity would’ve been the beginning of one of the most successful careers to come out of the emo scene. Oh, well imagine, indeed.

One thought on “5 Best Panic! at the Disco Music Videos to Ever Have Graced Our Screens”