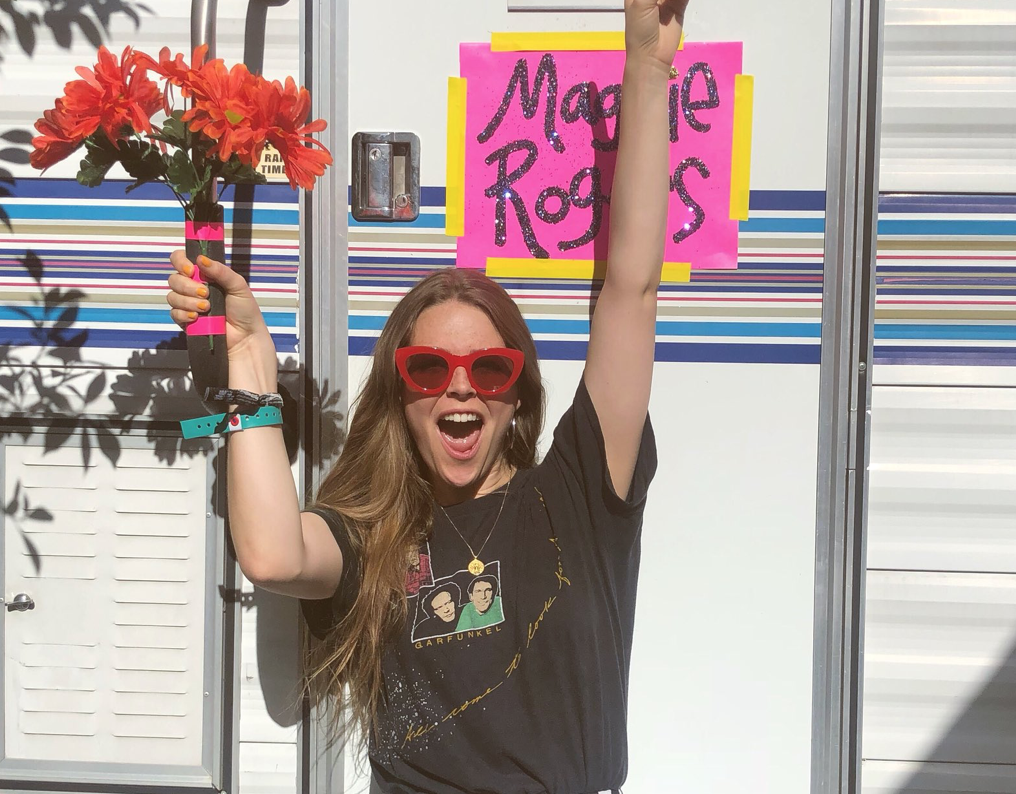 Late last year, Maggie Rogers graced us with an elegant Spotify single, which was a cover of Taylor Swift‘s “Tim McGraw.” It was free-flowing and stayed true to its country excellence, but Rogers’ signature sound shined through. Swift even voiced her support of the “Light On” singer’s take on the track.

my @spotify singles cover of “tim mcgraw” by the one and only @taylorswift13 is out now! this song is classic songwriting at its finest and has meant so much to me for the last 10 years. i hope you love it as much as i do 🤠💕 https://t.co/KKRjkhSrVO pic.twitter.com/3aBfrtalMz

Now, the 24-year-old is explaining what the song means to her. During Spotify’s Under Cover podcast, she spoke about the song’s stellar lyrics and Swift’s masterful songwriting.

“A song with the title ‘Tim McGraw,’ one of the greatest country stars of all time, could I take it and make you not think of country music? It’s really hard to sing ‘Chevy truck’ and just like, not sing it country,” said Rogers. “This song so distinctly belongs to — one of I think, personally — the greatest living songwriters.”

She talked about her hesitancy at a young age to accept certain music genres. Declaring herself as an early music snob in middle school, she took interest in more alternative rock bands like Brand New and Rage Against the Machine rather than T.Swift’s “Teardrops on My Guitar” era.

Thankfully, the rising pop star grew out of that phase. She recounts the time “Tim McGraw” made a re-entry into her early adulthood, especially during the video shoot for her smash “Light On.” Rogers and her close friend Olivia Bee hit the road on a four-day journey across Oregon. The pair listened to old Swift albums while traveling, making for a classic girls trip.

The artist expanded further on the emotions “Tim McGraw” evokes — especially while covering the classic tune.

“It’s such a beautiful sentiment too of like, bleeding affection and saying goodbye to someone,” she said. “I wanted you to be able to feel that longing.”

It’s a testament to Swift’s lyrical genius, as well as Rogers’ knack for making an iconic country song her own. Two talented women side-by-side in a male-dominated industry is one powerful thing to witness, and they’ve done it masterfully.

Listen to Maggie Rogers’ cover of “Tim McGraw” on Spotify.