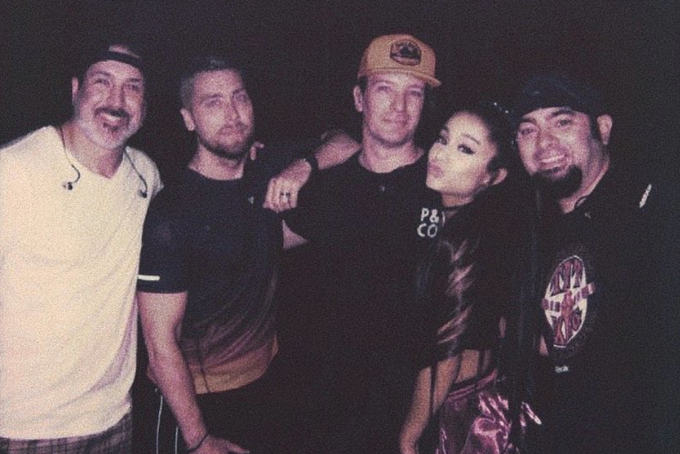 If you haven’t already heard (we’re guessing you probably have), Coachella season has finally kicked off and the first weekend of the festival was full of surprises. This year’s lineup contained many big names in the music industry, including headliners Childish Gambino, Tame Impala, and Ariana Grande. This year has already been huge for Grande, and on top of dropping several record-breaking hits, she just became the fourth woman to ever headline a day at Coachella! The three-day festival’s first weekend was full of surprise appearances and electrifying performances, and we’re here to break it all down for you!

The festival kicked off on Friday, April 12, in Indio, California and definitely started with a bang. The first day’s set included performances from Kacey Musgraves, BLACKPINK, Diplo, The 1975 and Janelle Monae.

BLACKPINK made history for K-pop this weekend by becoming the first Korean girl group to ever perform on the Coachella stage. Childish Gambino closed out night one with an incredibly moving performance and also premiered his short film Guava Island, which he stars in alongside Rhianna.

The weekend also included sereral surprise appearances that had attendees going crazy! Cardi B and Selena Gomez graced us with their presence to perform “Taki Taki” alongside DJ Snake, while Zedd brought out Katy Perry to sing their song “365.”

Khalid also took the stage and brought out a handful of guests, including Normani,Halsey, Billie Eilish and Marshmello. Khalid, along with many other artists, aldo paid tribute to Mac Miller and Nipsey Hussle this weekend by dedicating his song “Angels” to them joined by a choir.

One of the biggest moments of the weekend was when Ariana surprised the crowd with something music fans have been begging for: an NSYNC reunion! Ariana was also joined by her good friend Nicki Minaj and as well as P Diddy during her epic headlining performance.

Overall, the first weekend of Coachella 2019 had us totally overwhelmed with the amount of amazing music it gave us, and we are so excited to see what Weekend Two has in store for us. Have you been keeping up with the Coachella hype? if so be sure to let us know what performance from this past weekend was your favorite!