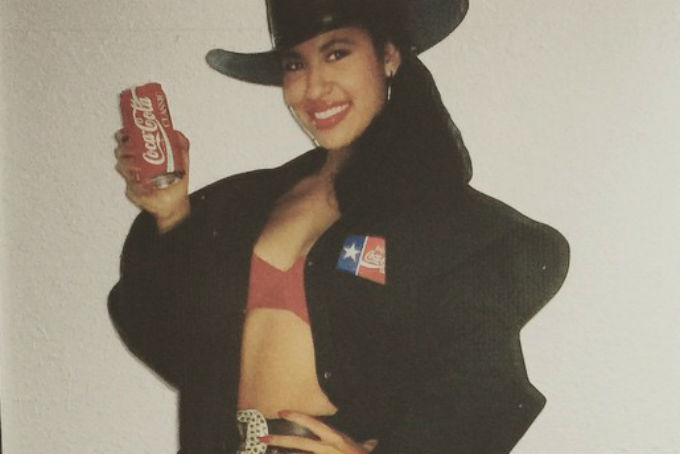 In honor of the “Queen of Tejano’s” birthday today, we dug up some of our favorite Selena Quintanilla covers. From country artists to people who have played the beloved entertainer on the big screen, here are our top Selena covers!

Bruno Mars showed off his powerful vocals with this Selena classic a few years back!

Giving this hit some updated reggaeton flavor, Play-N-Skillz brought the heat with Frankie J, Becky G and Kap G in this reimagined version!

Solange gave a beautiful rendition of “I Could Fall in Love” at a Paris show a few years ago, and of course, it was nothing short of amazing.

Pulling off an outstanding impromptu performance at a baby shower, Adrienne Bailon brought life to the party with her rendition of Selena’s memorable song.

Sung by the amazing woman who played Selena Quintanilla in her biopic, J-Lo gave an emotional performance at a concert in 2012 paying homage to the late singer.

During her early years, Selena Gomez, who is named after the Tejano music queen, paid her respect by performing this fun catchy song at a concert in 2011.

Adding a country twist on the beautiful Selena track, Kacey Musgraves honored Selena in her home state of Texas when she performed at the Houston Rodeo!

We’re sure Selena would have been doing great things in the music world today if she were still around, but it’s great to see these other amazing artists carry on the legacy that she left behind.

Did we miss one of your favorite covers of a Selena song? Let us know in the comments below or tweet us @soundigest!