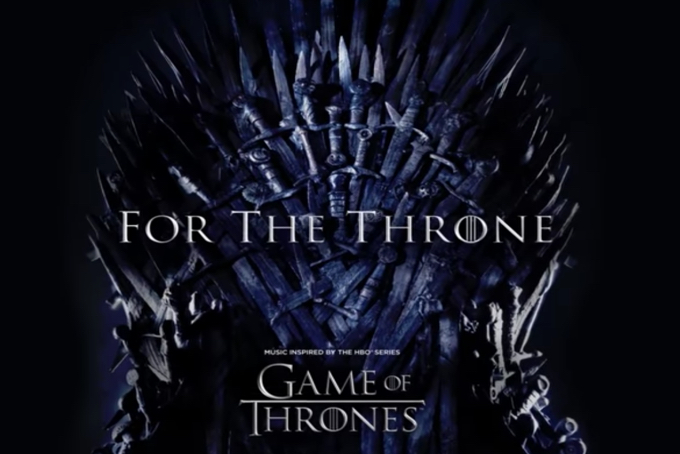 Winter is finally here… and it brought new music along with it! The eighth and final season of Game of Thrones is officially underway, and it’s hard to believe that the world’s most popular television show is really coming to an end. Yet, for a show riddled with plot twists and shocking revelations, something that no one saw coming was the announcement of a bona fide, star-studded soundtrack inspired by the HBO series.

The album, aptly titled For the Throne, drops on April 26, but Columbia Records gifted us with two early singles: “Nightshade” by The Lumineers and “Kingdom of One” by Maren Morris. While both tracks are incredible, the latter sees Morris as she aims for the throne while channeling her inner Daenerys Targaryen, and the results are glorious.

“Kingdom of One” benefits from a brilliantly simplistic sound. The lead acoustic guitar is accompanied by an eerie ambiance that even Cersei Lannister would be impressed by. The production work is tinged with melancholy, which is fit for a track that questions whether you would sell your soul and “everything that you love” to “finally become second to none.” Morris expertly maneuvers the gloomy atmosphere with what might be her most haunting vocals to date. It’s a sound that not many can pull off, but the Texas native has proven to be a surprisingly versatile vocalist.

channeled my inner Daenerys Targaryen for this one. who’s ready for the @gameofthrones premiere this weekend? let “Kingdom of One” take you there… #ForTheThrone 👑🐉

The lyrics themselves cleverly play with elements that any GoT fan would immediately recognize: sacrifices, faith and hellfire. There are even a few references to crows and “bird’s eyes,” a heavy allusion to our meme-worthy three-eyed raven, Bran Stark. The first verse gives us one of the more brazen lines, “cold nights will take your life,” casually reminiscing about the many lives taken by the White Walkers and Jon Snow’s iconic death scene, during which he bleeds out on a bed of snow. There are witty references that allude to many important aspects of the show but can also stand tall on their own for listeners who have never watched the series or read the books.

For the Throne is set to be a high-profile affair with artists like Mumford & Sons, Ellie Goulding and The Weeknd lending their talents to the album. You can listen to The Lumineers’s “Nightshade” here and Maren Morris’s “For the Throne” below for a taste of what’s to come on April 26.