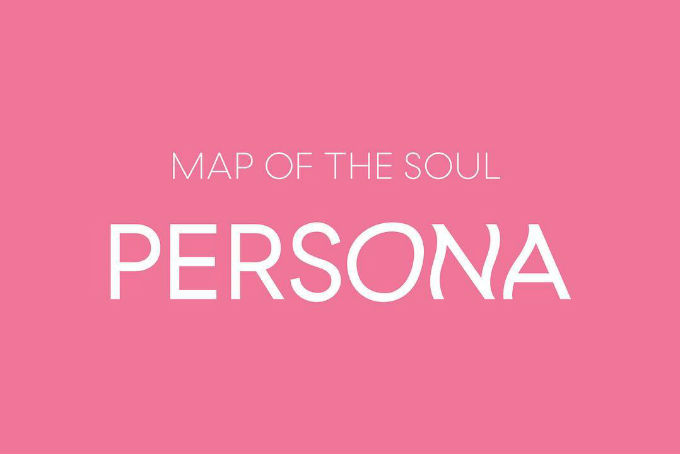 As if 2019 wasn’t already a massive year for K-pop superstars BTS, they’ve just dropped their latest album, Map of the Soul: Persona. The boy group is riding the wave of worldwide fame, and this release is their chance to show what makes them special.

The album opens with the track “Intro: Persona,” entirely performed by leader and rapper RM. BTS typically start their releases with “Intro” tracks to set up the themes of the subsequent songs. With an old-school hip-hop-inspired track and some added guitar soloing, RM raps about accepting his flaws and living for the moment. This track fits in with the image BTS has created for themselves over much of their releases; they are a group working on self-acceptance and growth. RM delivers with pinpoint accuracy, and the energy of the song never lets up, serving as a good hype up for the rest of the album. Some well-chosen samples — including a Mario coin sound effect — enhance the track without distracting from RM.

Now onto the track that has been topping the charts with some help from Halsey. “Boy With Luv” is a tried and true pop track, with the title being a reference to another BTS song titled “Boy In Luv” from a 2014 release, Skool Luv Affair. The underlying bass line is a nice break from the glossy bubblegum pop feel of the song. Unfortunately, the song feels a but hollow. While yes, it is extremely catchy, which definitely helps radio airplay, the track is a run-of-the-mill love song. Halsey’s vocals are a nice fit for the track and sound good with the vocal lines, but it adds nothing vastly interesting. The track would practically be the same without her voice.

“Mikrokosmos” has an ethereal synth opening, immediately more engaging than the previous track. The name of the track comes from the Greek philosophy of microcosm — the idea that each being is their own “little world” within the universe. Fitting with the title, the track is about the infiniteness and uniqueness within each person. The track is a celebration of life and the perfect sing-along song for a concert crowd. The sentimentality of the song is more like what fans have come to expect from BTS; a song that can lift your spirits.

“Make It Right” is another star-studded affair for BTS, as the song is co-written by Ed Sheeran. Sheeran doesn’t sing on the track, but his presence is obvious. The melding of pop and hip-hop has Sheeran written all over it, as well as the lyrics. BTS reflects on their current position, arguably being the biggest music act in the world right now. The group goes on to say that everything they do is for love. The track is more straightforward than the previous ones, not feeling like there are unnecessary additions. The vocals are clean and well-delivered.

“Home” is an R&B track and a love letter to the group’s devoted ARMY. Right off the bat, there is some unnecessary autotune on Jimin‘s vocals, distancing us from the feeling the song is supposed to give off. The track is about how their fans are their home, and how they’re lost without them. It’s a sweet song, and without a doubt, the fans absolutely love it. Later in the song, rapper Suga makes a reference to “No More Dream,” an older BTS song with his verse. Suga raps about how he has a “big house, big cars, big rings,” but doesn’t need them since ARMY is enough. It’s a reflection on how far the group has come not only professionally, but personally too.

The next track is a subunit track, with only Jungkook, Jin, and J-Hope featured. The term “jamais vu” essentially means the opposite of “deja vu.” In other words, an individual is doing something that they’re familiar with, but it feels foreign. We really like the videogame motif running throughout the track, with the members singing about “game overs” and getting another chance. The song is the strongest one on the album so far, letting the eldest and the youngest members’ voices shine. A steady drumbeat kicks in with J-Hope’s verse, matching his flow. “Jamais Vu” is perhaps the most meaningful track on the album, reflecting a need we often have to be able to go back and time and make things right. Wanting to go back in time is a theme that runs throughout much of BTS’ work, so the track is a nice tie-in to an established motif and story while still feeling fresh.

The final track on the album feels like a throwback to BTS’ hip-hop beginnings. With record scratching, guitar soloing in the background, and the rap line taking the lead, it’s a massive hype track. It’s also a major departure from the rest of the album, which is a bit jarring. The song reminds us of BTS’ “Cypher” tracks, which appear near the end of their previous releases. The “Cyphers” are rap lines only, with RM, Suga and J-Hope showing off their skills. They are typically a middle finger to the haters. “Dionysus” is no different, except with the addition of the vocal line. During Suga’s verse, he raps about being “Born as a K-Pop idol // Reborn as an artist.” Even with that said, this is the only true BTS-feeling song on the album; no holding back and full of style.

Overall, Map of the Soul: Persona feels like a misstep for the group. The majority of the tracks with the exception of “Jamais Vu” and “Dionysus” feel hollow. They are just generic pop songs with too much going on. BTS has established themselves as a group that wants to stay true to themselves and create meaningful music. It’s great when an artist wants to try new things, and with the boys’ popularity growing amongst many Western artists who want to collab, it was inevitable they would experiment. The end result, unfortunately, are less-than-meaningful love songs mixed with mentions of their newfound mainstream fame. The album feels like it was a rush to ride on the current wave of press coverage, rather than an honest effort to prove that they are not just another boy group.

What do you think of the album? Let us know in the comments section below, or tweet us your thoughts @soundigest.

One thought on “BTS Lose a Bit of Their “Persona” on Map of the Soul: Persona”