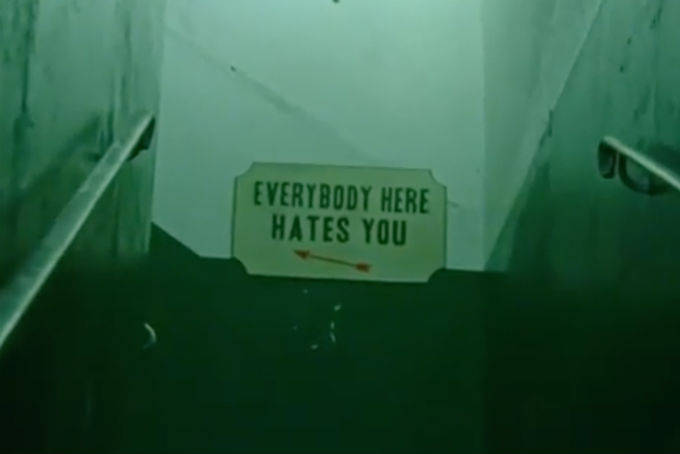 Australian singer-songwriter Courtney Barnett isn’t your typical rockstar. The 31-year-old has often expressed how uncomfortable fame is for her, and she often downplays her uniqueness and talent. In Barnett’s new release “Everybody Here Hates You,” she openly talks about feeling inadequate and the anxiety that comes with it. According to Rolling Stone, Barnett recorded the song in late 2018 during a break from touring in support of her second LP, Tell Me How You Really Feel. The song has been released as a 2019 Record Store Day exclusive with b-side “Small Talk.”

The track opens with bluesy guitar strums and bends before Barnett jumps in with her deadpan, speak-singing, admitting “I feel stupid, I feel useless, I feel insane,” before mentioning getting her hair cut. The anxiety kicks in during the chorus with Barnett seeking clarity, crooning “You say ‘It’s only in your head // They’re probably thinking the same thing.'”

Barnett hints at a universal truth in the next verse, stating, “Everybody hurts, everybody breaks and everybody fades.” Surely it’s something we’ve all told ourselves when feeling down. Blues riffs interject as Barnett says that “We’re gonna tell everyone it’s okay,” repeating it like a mantra. The bridge consists of Barnett repeating the chorus in a way to convince herself it’s true. The song finishes with the throwback strums and bends with some tambourine and plucks to close it out.

“Everybody Here Hates You” is a shining example of what makes Barnett a fascinating artist. In her quirky and rambling way, she touches on emotions and thoughts not often explored in music. She finds songwriting magic in the mundane, and within a few minutes those musings are in our heads, reminding us of our own experiences. In the track, Barnett delivers these nagging insecurities against a relaxing and chill wall of lo-fi garage rock, delivering on her promise to tell us everything is okay.

Check out the official lyric video for “Everybody Here Hates You” HERE: