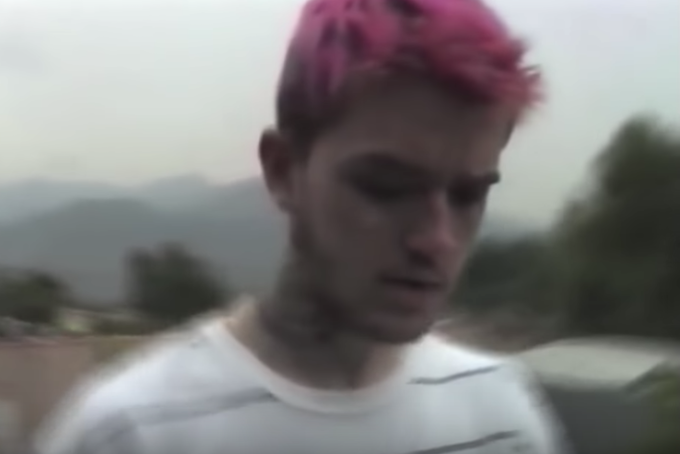 It’s hard to believe it’s been almost two years since Lil Peep tragically passed away due to an overdose. Since then, however, his team has been hard at work releasing tracks that Peep created before his premature and tragic death.

“Gym Class,” which dropped just recently, has actually been floating around the internet since 2016. But since it’s sample of “The Ballad For the Girl On The Moon” by The Boats, the song wasn’t legally able to be released officially until now. Unfortunately, this track isn’t the only one of his that’s faced similar issues because of a sample featured within it.

The late rapper’s mom, Lisa Womack, posted on Instagram saying, “I’m so glad to see Gus’ early work being released. I can’t wait until we get Lil Peep part one, Live Forever, and the OG music is re-released unadulterated.”

I’m so glad to see Gus’s early work being released. I can’t wait until we get Lil Peep part one, Live Forever, and the OG music is re-released unadulterated.

Womack seems to hint that more of the Long Island native’s early work will be re-released and added to platforms like Spotify and Apple Music.

“Gym Class,” produced by Brobak, is a perfect representation of Lil Peep’s music. It has catchy hooks and a great beat, and it fits in well with his other material. The song is very laid back, similar to the other tracks he was releasing around that time. Brobak also produced Peep’s hits “About U” and “Live Forever.”

This isn’t the first of Peep’s work that’s been officially released posthumously. “Come Over When You’re Sober 2” came out in late 2018, about one year after part one.

Well, what do you think of “Gym Class?” Let us know in the comments section below or tweet your thoughts at @Soundigest.