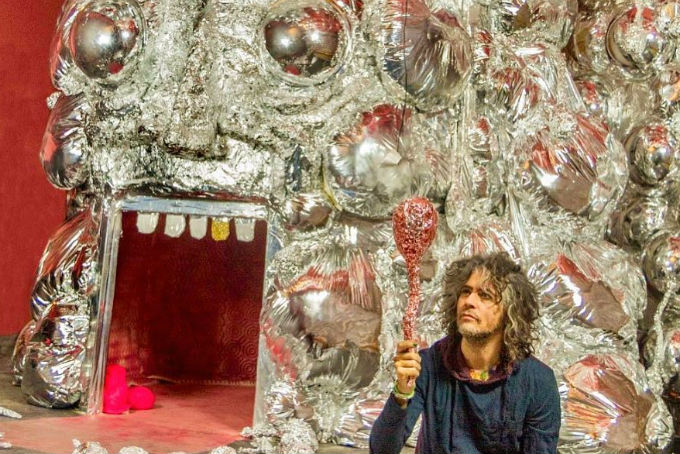 What’s been a band for over three decades, released 14 full-length albums, and just recently dropped a super limited run of their newest record King’s Mouth on Record Store Day? Well, the headline probably gave it away, but yeah, it’s The Flaming Lips.

While most fans of said band are probably mourning the fact that they were not one of the lucky 4,000 people who got their hands on King’s Mouth a whole four months early (and on gold vinyl, no less), the first single off of The Flaming Lips’ latest release is here, and graciously, they’ve allowed everyone to listen to it.

It’s hard to properly judge a single that comes off a concept record because, theoretically, a concept record should flow together seamlessly, telling one cohesive story. To judge a song that’s been pulled from the larger story it belongs to is hard; it’s like judging an episode of a TV show you’ve never watched, or watching the climax of a film without watching the rest of it. Even if the individual scenes stand on their own without context, they’re always better with the whole story.

“All for the Life of the City,” specifically, is the climax of the King’s Mouth narrative, the penultimate moment when the beloved king who has saved all of his subjects from an avalanche is tragically buried in snow.

Lyrically, it’s basic, but it works — the simplicity feels like chanting, and it ties the whole piece together, giving it a sense of whimsicality. Where long, complicated lyrics could’ve weighed the song down, simple, short stanzas don’t make you think too much about how awful it would be to be buried in an avalanche (brrr), and for that, it makes the song listenable without being fully miserable.

And naturally, while it’s hard to pick up on the whole picture of the song without some research, it’s a good song without all of the extra. It likely won’t be played on repeat at parties, but it will be shared amongst every freshman in high school starting their “indie” phase.

But the story is what makes it rich — even touching. Without the background of the concept, it’s just your everyday trancey folk song. But with it, it’s a high-concept fable that deserves the honor of being told in full. And when that album drops, we’ll be the first in line to listen to the whole thing.