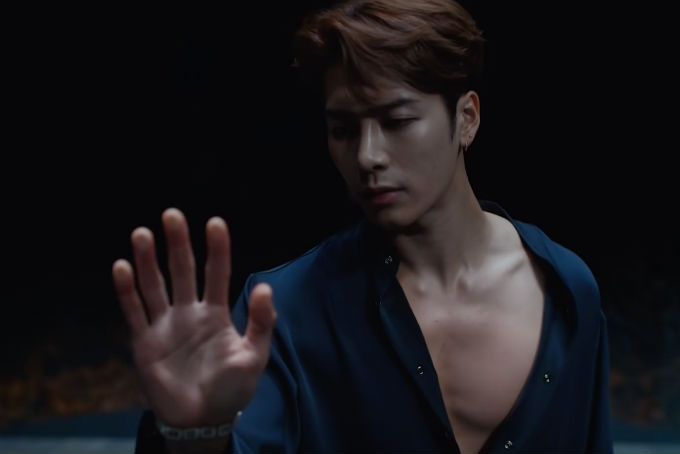 Hong Kong rapper and singer Jackson Wang has released the song and music video for his single “Oxygen.” As a longtime member of the K-pop scene and a member of GOT7, the international star has been balancing his solo endeavors in China along the way, and most recently in America.

In March, the GOT7 member revealed on social media that a new single would be released in April. This came after he announced that his original first single, “Faded,” would not be released.

The singer’s new song is an invigorating, deep cut about needing someone as much as they need oxygen.

He’s not hiding his emotions as he needs someone very badly in his life.

“Can’t breath for now I might die // Just hoping you be mine // Come back to my life,” he pleads.

In the second verse, he compares his situation to being underwater.

“Nothing matters anymore when I went down there // Staying by my side we can conquer // Maybe I can be your Aquaman // Underwater we can travel everywhere,” he raps.

The eerie visual perfectly matches the theme of the melancholic song. In the first shot, we see a woman’s hand resting against a frozen glass wall. It then cuts to Jackson trapped and stumbling inside a glass box. He looks down at his hand and we see that his hand has turned into a branch. The box is soon engulfed in vines, representing the veins he needs to breathe. In the next scene, it’s revealed that Wang is actually underwater as he sees a girl floating close to him in the water. They reach their hands out to each other, but as they get closer, the girl’s hand fades away and dissolves. The camera pans out as we see Jackson shedding a single tear.

The Fendi China ambassador released his debut solo single, “Papillon,” in 2017, and has since released a slew of solo singles including “Different Game,” which featured a collaboration with Gucci Mane.

Wang is set to release his debut solo album, Journey to The West, later this year. The project will be a full-length English album and will lean more towards the pop genre. There is no word yet on a release date.