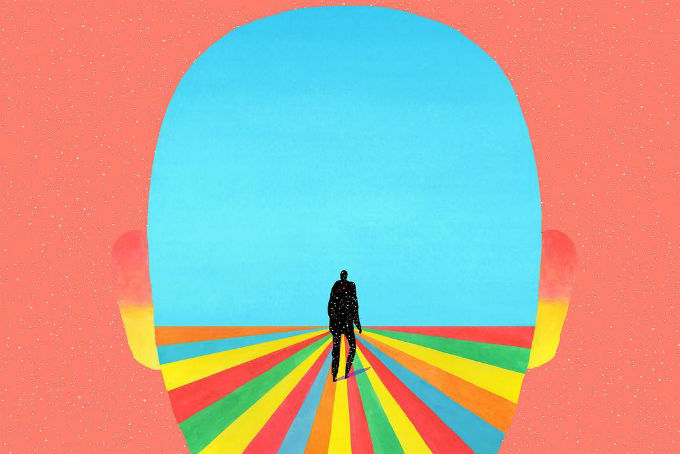 Back in January, Young The Giant released a second version of their chart-topper, “Superposition,” dubbed “Superposition (Reprise).” It’s a slightly shorter, deconstructed version that was recorded in Nashville in only one day. The release was accompanied by a music video filmed in a studio called Layman Drug Company. Fans of the song can get excited because now they’ve released another new dreamy version called “Superposition (Reflection).”

“Superposition (Reflection),” is exactly what it sounds like — a reflection or rumination of the original song. Frontman Sameer Gadhia spoke on the new release and said, “Superposition is about finding the common thread that weaves our constant refractions; recognizing the constant that hides behind infinite variations. So why the hell not give you another version of the song — another reflection, if you will? Feel the Superposition stitching us up into one, my friends.” The original song is beautiful enough, so just imagine this version being stripped down, slower, and with a heavier hint of emotion. It almost sounds like a tune from a movie soundtrack during a film’s most intense romantic scene.

Superposition (Reflection) is out today !! superposition is about finding the common thread that weaves our constant refractions; recognizing the constant that hides behind infinite variations. so why the hell not give you another version of the song—another reflection, if you will ? feel the Superposition stitching us up into one, my friends…. listen at the link in our bio !

“Superposition” originally comes from Young the Giant’s fourth studio album, Mirror Master. It held the number one spot for three consecutive weeks on the Alternative radio chart and was even one of the top five alternative rock songs on Shazam. The band will be joining Fitz and the Tantrums on their summer tour as co-headliners with supporting acts COIN and Alice Merton. The tour kicks off June 12 at the iconic Red Rocks Amphitheater in Colorado.

The new rendition of “Superposition” is now available on all streaming platforms, or you can listen to it below. We can only hope that they also release a music video for this version — or even better — that they’ll be playing it live at their upcoming shows. Here’s to hoping!