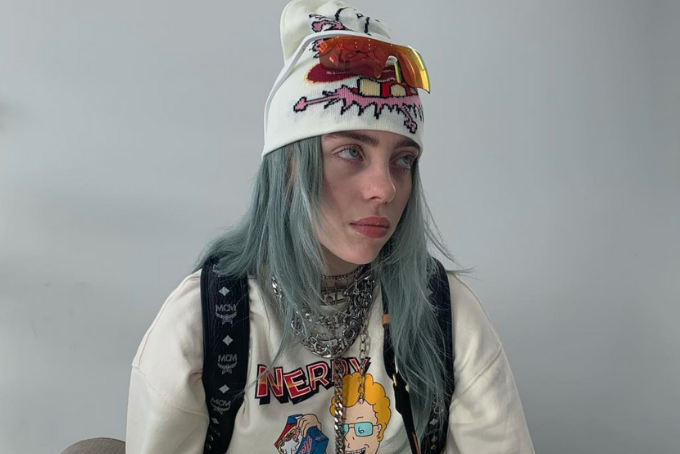 Getting older is one of those things you don’t think about until it happens to you.

One day, you’re rolling your eyes, telling your mom that Pete Wentz is obviously not the lead singer of Fall Out Boy (duh!), and the next, you’re sufficiently confused on Twitter, wondering who this Billie Eilish is, and why the internet suddenly cares about this young lad so much.

(And then you find out that: A) Billie Eilish is a girl and B) She’s the newest solo sad girl sensation to hit the scene.)

If you’re an old fogie (like, say, the author of this article might be), don’t worry. Soundigest has you covered. Here’s your primer on Billie Eilish—you’ll be hip with the kids in no time.

She was born on December 18, 2001, which means she’s a Sagittarius …and also that she’s younger than the first Shrek movie. And if that fun fact doesn’t make you feel old and/or unaccomplished, then try this: her ascent to stardom began when she was 15—when her first song “Ocean Eyes,” went viral.

Her brother is an artist, too

Eilish’s brother,Finneas actually collaborates with his little sister on almost all of her songs, which is super sweet. When he’s not busy doing that, he’s also an actor, with recurring roles in TV shows like Glee and Modern Family—so he might seem familiar.

Zane Lowe is my hero

Talk about girl power. Eilish’s album, When We All Fall Asleep, Where Do We Go also has the distinction of being the most pre-ordered album ever on Apple Music, with over 800,000 pre-orders.

i must be missing something

During her Tumblr Answer Time session in 2018, Eilish revealed that she went vegan “like four years ago” because she feels “there’s no point in creating something out of an animal when the animal is already there.” Oh, and also because dairy is bad for your skin, which is probably why her complexion is always flawless.

WHEN I WAS OLDER out now

Yes, she has Tourettes

After a video compilation of her tics went viral (which, no, we won’t be linking to), Eilish revealed she had the disorder. Not that she wants anyone to feel sorry for her or associate her with it, though.

On having Tourettes, she spoke to The Fader saying:

“The internet hasn’t really seen the bad [tics] because I’m really good at suppressing them. The thing is, the longer you suppress them, the worse they get afterwards. I’m sure one day everyone will see the tic attacks that happen when I’m stressed and haven’t slept. But it could be a lot worse and it’s not, and I’m grateful for that. And you know what, it’s f***ing whatever.”

…and yes she totally did forget the words to her song at Coachella, but handled it like a boss

Let’s be honest. That’s probably why you’re here. And if you’re looking for us to bash her, you’re not going to find that in this article. Plenty of *cough cough MALE* artists forget their lyrics all the time, and no one says anything about it. And honestly, if we were headlining Coachella at 17, we’d probably have embarrassed ourselves even worse. Luckily, the only event we dealt with at that age was prom.