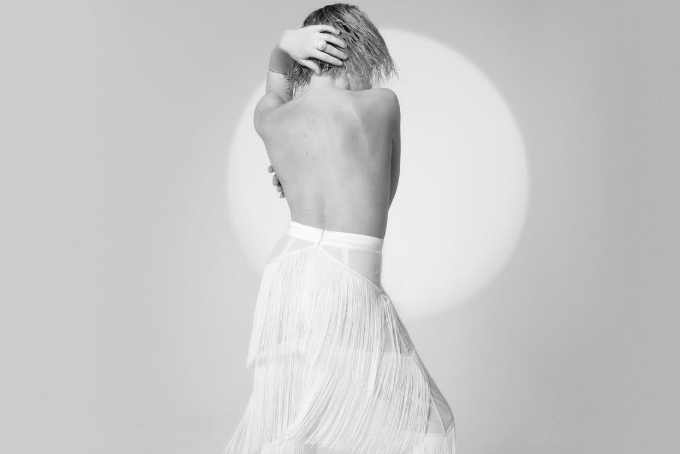 Get ready, you guys, because Carly Rae Jepsen has announced the track list and revealed the artwork for her highly anticipated album, Dedicated, which will drop on May 17. The album is the follow-up to her 2015 critically acclaimed album Emotion, and it will be her fourth full-length album and third under Interscope Records. Dedicated only has one feature from Legend Guest on a song called “Feels Right.”

The “Cut to the Feeling” singer released three tracks last year that will appear on the upcoming album: “Now that I Found You,” “No Drug Like Me,” and “Party for One.” The latter will appear as a bonus track on the deluxe edition of the upcoming LP. Jepsen posted the track list and the album artwork to her social media channels along with a link to pre-order the album on her website. Fans can order the album on vinyl, CD, or they can receive it digitally.

’til the last breath I breathe… pic.twitter.com/9O6vaegI8M

The 33-year-old singer-songwriter also dropped a brand new single called “Julien” last Friday, which serves as the lead single for the album. Fans who pre-order the LP will automatically receive “Julien.” Of the track, Jepsen said in a tweet, “Julien is the song that taught me the heart and direction of this album. Couldn’t keep him for myself any longer. Now if you pre-order #Dedicated, ‘Julien’ will be available right away!”

Julien is the song that taught me the heart and direction of this album. Couldn’t keep him for myself any longer. 🎉 Now if you pre-order #Dedicated, “Julien" will be available right away! 🎶 https://t.co/9OsbkxQ0KZ pic.twitter.com/QGW67cGSD0

Fans were quick to point out that the album artwork may have changed. Jepsen originally tweeted what appeared to be the artwork on April 1. However, she tweeted a different photo on April 17, which was revealed to be the official artwork. Both photos are from the same photoshoot.

Secret’s out…and so is my album on May 17!! #Dedicated https://t.co/9Osbky7C9z pic.twitter.com/VyyhLiCKyK

You can view the track list for Dedicated below, as well as the music video for “Julien.”

“Now That I Found You”

“Want You In My Room”