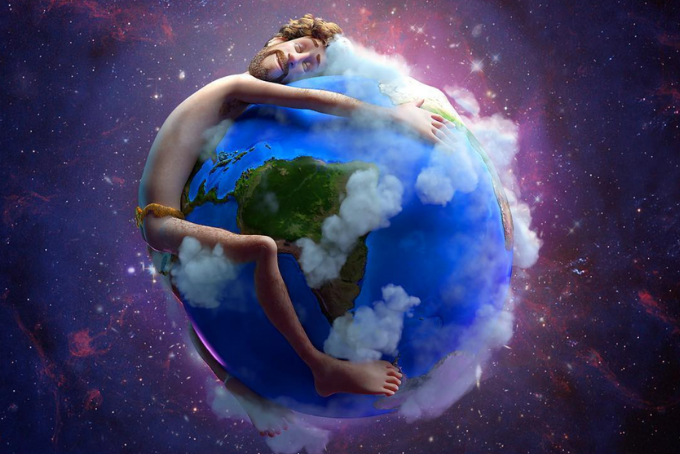 Lil Dicky recently dropped one of the coolest and most impactful songs of 2019 along with an awesome almost-completely animated music video. The 31-year-old rapper released “Earth,” which not only features over 30 well-known artists but also promotes environmental awareness.

The single features artists like Ariana Grande, Justin Bieber, Shawn Mendes, Ed Sheeran, and so many more. Oh, and did we mention Leonardo Dicaprio makes an appearance as well?

The single definitely has some questionable, not-suitable-for-kids lyrics but also introduces many species that impact the Earth or are at the brink of endangerment. In fact, every artist plays the role of each of these species. The 7-minute long visual starts as news headlines talk of the mass wildfires in California and a polluted city with kids having no regard for cleaning up. The visual then turns into an animated video in which Lil Dicky is representative of mankind, while every other artist is portrayed as their assigned animal in their natural habitat. In the chorus, he sings, “But these days it’s like we don’t know how to act // All these shootings, pollution we under attack on ourselves // Like, let’s all just chill respect what we built,” encouraging peace and discouraging the environmental violence that’s polluted our earth for so many years. At the end of the video, the “Freaky Friday” rapper volunteers Leonardo Dicaprio to become our planet’s spokesman to express how much the earth is deteriorating.

During the track, Lil Dicky announced that any profits made from streaming or purchasing the song will be directly donated to various environmental organizations to help make a difference and aim to reverse the damage done. The rapper even launched WeLoveTheEarth.org to provide more information on how to get involved and make a difference.

Make sure to stream the single on all available platforms and to help show support and get involved in ways to better our planet.