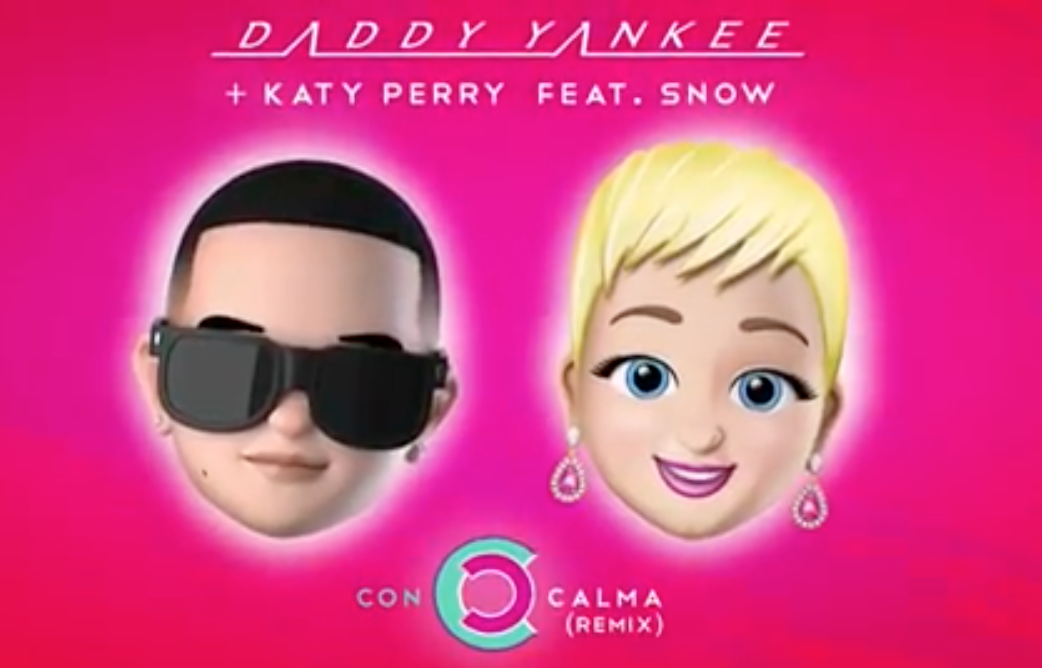 Taking a spin on Canadian reggae star Snow‘s 1992 hit “Informer,” Daddy Yankee was already topping the charts with “Con Calma” earlier this year. The single has already hit the top 50 on the Billboard Hot 100 charts and is topping charts in multiple countries. Adding to the dancehall/reggaeton beat for the remix, Daddy Yankee got Katy Perry on the track!

The superstar sings in both English and Spanish with lyrics like, “A little mezcal got me feelin’ spicy // I know that we don’t speak the same language // But I’m gonna let my body talk for me.” Katy continues the flirtatious Spanglish throughout the remix adding some girlie flavor on top of the beat.

To tease the new collaboration, Katy posted a picture on Instagram with longer hair than she typically rocks. She captioned the photo, “Como te llamas, baby?” as an ode to the newly released track.

Daddy Yankee also teased fans prior to the song’s release by dropping a video of himself dancing to the remix on a plane with Katy’s obvious verse in the background.

Fans seemed to like to pop/reggaeton crossover that the track provides when it was released on Friday, April 19.

“the con calma remix is the new despacito for summer ’19,” one person tweeted.

Another fan anxiously anticipated the song’s release before it dropped, writing, “I cannot wait for CONCALMA REMIX MV… I know Katy’s going to slay it.” Welp, confirmed. She slayed it.

We don’t know about you, but we can’t wait to see how the song moves up the chart in the next few weeks — especially with summer approaching. Check out the lyric video HERE:

Let us know what you think of the Remix in the comments below, or tweet us your thoughts @soundigest !