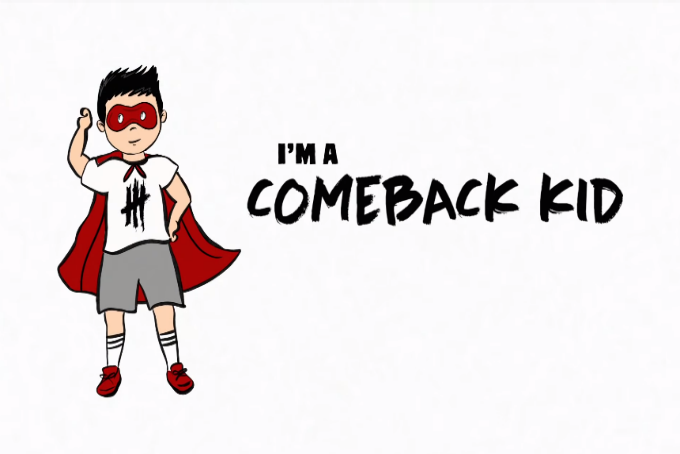 Question: Why do you go to McDonald’s? Probably because it’s quick, it’s easy, and most importantly, you always know what to expect. You probably even have your favorite order memorized — a go-to meal that you can grab in the drive-thru without much thought. It’s not complicated, it’s not high end. You know what you’re getting into every single time you buy it. Consistency is key, and your first McDonald’s burger probably tastes exactly like your millionth.

Sure, it’s not gourmet or life changing, but it’s reliable. And regardless of the fact that you know it’s simple food, you will always come back to McDonald’s. Why? Because in the end, it’s human nature to like what we’re able to predict.

New Politics is, in many ways, just like McDonald’s, and their latest single, “Comeback Kid,” is delightfully predictable.

Everything about this song is quite literally exactly what you’d expect from the Danish pop-rock trio. There’s a punchy, danceable beat (likely to compliment frontman David Boyd’s signature break dancing), there’s some half spoken, half sung words (as always), and there’s a riff-happy, easy-to-repeat chorus that will have you singing along in no time (the sing-along quality makes them a great opening act).

In the decade that New Politics has been a band, they’ve always been consistent. Just like your favorite fast food order, you can always come back to New Politics to deliver a simple, easy to digest pop-rock bop that has some summery, feel good vibes to it. Their music is first and foremost fun, unhindered by any preconceived notion that they’re making serious music. And honestly, other bands should take note.

Where most bands would try to craft some overdone statement for their 10th anniversary, New Politics knows who they are and what they’re here for. “Comeback Kid” is meant to be danced to, meant to be chanted at music festivals, and meant to be put on party playlists. It’s inoffensive, it’s catchy, and it leaves you feeling good.

No, it doesn’t have a deep message, and no, it’s not a complicated song. But it’s familiar, and it’s hooky, and it’s something that everyone can enjoy in some capacity. New Politics, much like McDonald’s, knows what they do best, which is simple and unpretentious. And so far, it’s really, really worked for them.

So we could ask for more of New Politics, but really, we’re happy they’re out here busting out some songs to dance with your friends to — and they likely will until they call it quits. Thank God for that.