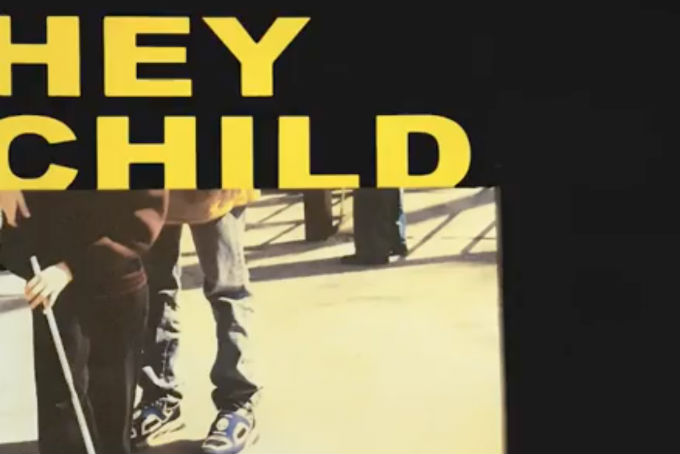 Alt-rockers X Ambassadors are gearing up for a big return. The trio recently released the single “Boom” along with an accompanying music video. On April 19, the group announced the release of their sophomore album, Orion, coming out on June 14. Along with the album news, the band released a new single called “Hey Child.”

Preorder our new album “ORION” to hear our new single “HEY CHILD” and for early access to tickets for our 5 city run of album release shows this summer.https://t.co/BBo8kTvFgN pic.twitter.com/xPqxpsHMcv

“Hey Child” is a country-tinged stomping anthem. The track opens with some Wild West whistling and twanging guitar. Then singer Sam Harris comes in, saying, “I heard you got arrested in the street last night // You called me with a voice I don’t recognize.” Harris reminisces, singing, “Since we were kids it was like this // But I will be there, I will be there for you.”

The song feels like a letter to an old friend who hasn’t matured and continually makes mistakes, while the narrator says that everything is going to be alright. The chorus calls for the friend to “Let your neon lights // Keep shinin’ bright.” Harris delivers lines with great rhythmic accuracy and lets his voice soar in the chorus. The chorus is simple and catchy, perfect for an anthem.

Drummer Adam Levin keeps the Western feel with a steady beat reminiscent of a horse trot. Keyboard player Casey Harris adds some nice and simple chords in the pre-chorus, breaking up the heaviness of the rest of the track.

Calls to action are X Ambassadors’ strong suit. The group has the formula down for writing alt-rock anthems, while still adding originality. “Hey Child” isn’t the Ithaca trio’s first foray into country inspiration, with the previous track “The Devil You Know.” However, “Hey Child” still has enough of the band’s soulfulness to make the song feel like an X Ambassadors song.

The band’s newest singles and upcoming album have been a long time coming for the group. They previously planned on releasing an album last year, before announcing that they were canceling the rest of their tour to get back in the studio. The trio has released a multitude of singles since their first album, VHS, in 2015.

One thing we’ve always felt about X Ambassadors’ music is that it can sometimes sound like organized chaos. With “Boom” and now “Hey Child,” their sound is more cohesive. If this is any sign of what’s to come, then we’re about to witness X Ambassadors reach new heights, and we can’t wait.