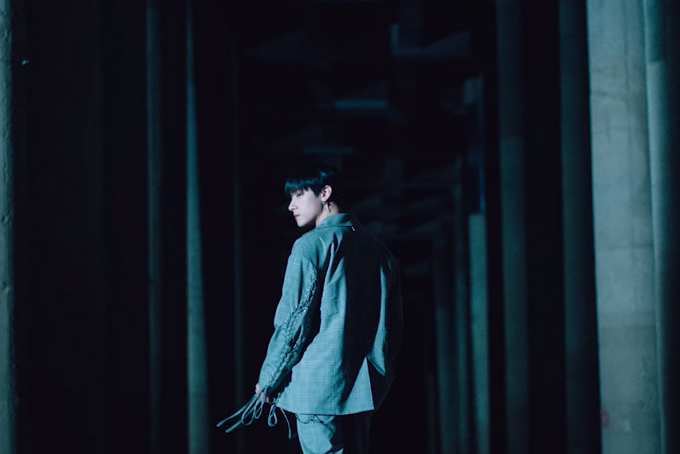 The mixtape features two tracks and is lead by the title single.

“Horizon” is a chill alternative R&B slow-jam featuring American singer Elhae. The American artist expressed some thoughts on the collaboration in an enthusiastic, heartfelt Instagram post.

About 2 years ago I came across a k pop group called @official_monsta_x Soon after i learned one of the members named I.M. was a fan of mine and wanted to work together on something. From that point it’s been all speculation whether or not we would. After all this time I’m happy to say it’s true and it’s coming. 4.19.19 you can check out “Horizon” feat. myself. I’m sure this will create new fans and if those fans are in the states head to elhae.com and grab tickets for this upcoming tour 🙂

The song is an unexpected departure from the usual hard-hitting K-pop beats we’re used to from the group. The youngest member sings entirely in English and showcases a melodic, groovier side different from his usual tough, sophisticated raps. Paired with Elhae’s smooth verses, the track is a tantalizing love song.

The visual compliments the moody track. The rapper is seen roaming around Seoul, surrounded by a vibrant, neon scenery as reflects on his relationship. Elhae becomes a CGI version of himself, appearing as a floating head. He is surrounded by classical pillars, a recurring theme in the music video.

The mixtape also features the b-side “Scent.” Unlike “Horizon,” the R&B song is mostly in Korean and further showcases I.M’s distinctive vocals and rapping skills.

Monsta X, the seven-member group made up of Shownu, Wonho, Minhyuk, Kihyun, Hyungwon, Joohoney and I.M, recently kicked off their We Are Here World Tour in support of their latest album Take.2 We Are Here. The tour will make stops in the U.S. in July and August. They will also be the first K-Pop group to perform at the iHeartRadio Music Festival in Las Vegas in September.

Of course, we’re hoping I.M will get a solo stage and perform his new release for monbebes.

Listen to his mixtape Horizon below: