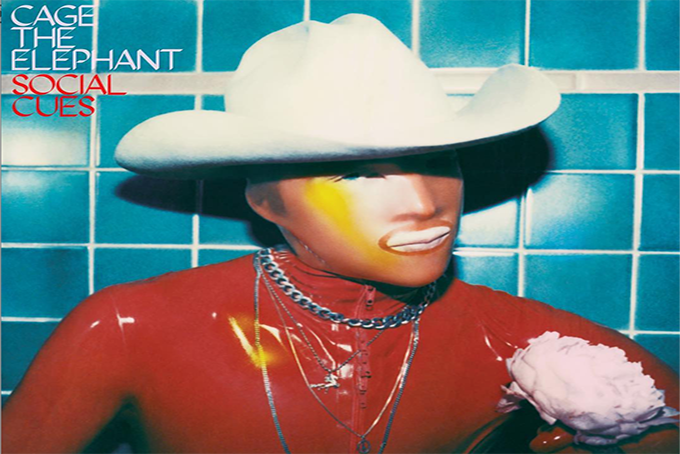 Electric and provoking, yet melodramatic, Social Cues brings the confusion and emotions of failed relationships to life. The fifth studio album from veteran rockers Cage the Elephant is a fitting follow-up to their Grammy Award-winning record Tell Me I’m Pretty.

The album begins with “Broken Boy,” an exciting fake-out. Thematically, the album centers around lead singer Matt Schultz‘s recent divorce, so opening up with this track seems fitting. “Broken Boy” shines through as one of the more driving and intriguing tracks of the record. It’s an intro into heartbreak.

The depressing bubble bursts in “House of Glass.” Placed after the radio-ready “Ready to Let Go,” “House of Glass” offers a glimpse into the manic sound that has driven the band in many of their past tracks. It has a feel reminiscent of the semi-insane “Indy Kidz” from Thank You, Happy Birthday. Thankfully, the band hasn’t lost their younger mania that makes them so intriguing.

As the album continues through more basic alt-rock structures it encounters a turning point at “Ready to Let Go.” The song has an honest sound that makes it personal. From here we experience the process of moving on. There’s pain, confusion and closure.

For all of the soft rockers they present “Love’s the Only Way” as a refreshing pallet cleanser mid record. Dreamy strings and clear soft vocals bring about the simple musicality of the group. Pulling from their “Unpeeled” sound. It’s a track that drifts among the clouds and brings the listener away from the pain of reality for a little bit.

To round out the record, we encounter “Tokyo Smoke.” Flitting alien-inspired sounds swing in and out over confessional lyrics.

Although slower than previous albums, and laced with a bit more melancholy, Social Cues is a hopeful record. It speaks truth and exemplifies raw feelings. Although a little more craziness here and there may have been nice, it’s an overall solid experience.

Check out Social Cues below and catch Cage the Elephant on their Night Running Tour this summer.