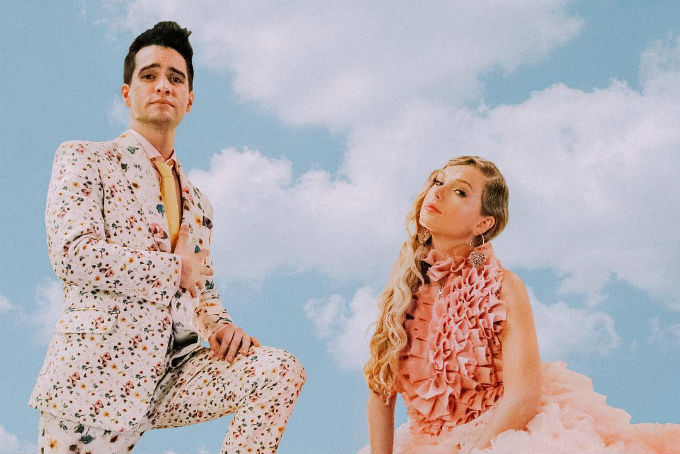 Still freaking out about Taylor Swift‘s brand new single, “ME!” featuring Panic! at the Disco‘s Brendon Urie? SAME. But guess what? We’re not alone. As it turns out, Brendon still can’t get over the fact that he got to work alongside the “Look What You Made Me Do” singer on this iconic project, and he seriously couldn’t be more grateful.

The 32-year-old took to Instagram on Friday, April 26 — which was also the date of release — to express his gratitude and disbelief that it even happened in the first place.

“Wait. This really happened?! Like for real?!?!” he wrote. “Well I can’t begin to describe how incredible it has been to work on this song and video. So I will simply say: Thank you Taylor Swift for allowing me to be a part of your beautiful story. So much f–kin love and respect. #ME!”

Wait. This really happened?! Like for real?!?! Well I can’t begin to describe how incredible it has been to work on this song and video. So I will simply say: Thank you @taylorswift for allowing me to be a part of your beautiful story. So much fuckin love and respect. #ME!

TBH, it’s a pretty huge deal that he’s even featured on the song to begin with — especially since this is the “Delicate” singer’s first single of her upcoming seventh album, and the first song of this new era. Not to mention, she’s never recruited another artist to hop on a song with her for an album’s debut single before, so this is a major compliment.

Luckily, Brendon is totally worthy of this incredible opportunity, and if you’ve been a longtime fan of Panic! at the Disco, you already know why. Not only is his stage presence and theatrics absolutely incredible, but his vocal chops are truly impressive. Plus, if you’ve already heard the new single, it’s hard to imagine a better match.

Great job, Brendon! We were a little nervous when we first heard rumors that the single would be a duet, but you totally crushed it and exceeded all of our expectations.