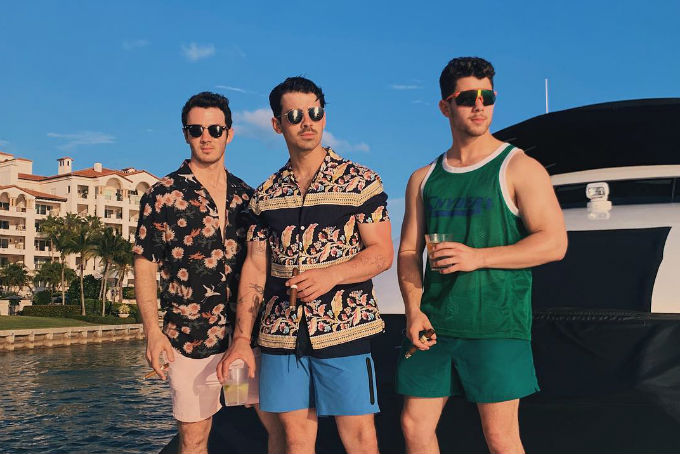 Considering the Jonas Brothers have been out of commission for a while before the release of “Sucker,” we were totally shook when they topped the Billboard Hot 100 charts. Well, as it turns out, they were just as shocked, which is something they revealed to the outlet in their “My Billboard Moment” video series.

In the series, Nick Jonas explained just how badly he and his brothers wanted to top the chart, and of course, they knew their debut single after their hiatus had the potential to do so. Still, the “Jealous” singer was wary and said he didn’t want to get his hopes up only to get disappointed in the end.

During release week, though, he told Billboard that he began to feel differently. In fact, he started to feel like reaching the top spot on the Hot 100 chart was an actual possibility.

“Little did I know they had rerouted the package with the confirmation which was a plaque they had made up which said congratulations, No. 1,” he revealed. “It was gonna show up on Friday, and their whole thing of trying to keep us on our toes would have been ruined.”

Since they rerouted the plaque, it thankfully didn’t show up until the following Monday, and the brothers were, of course, both honored and surprised. Nick even said that, despite not being an extremely affectionate person, the accomplishment made him want to hug just about everyone. Aww!

“So instead, on Monday morning, I woke up and I had a package at the front door,” he recalled. “Popped it open, looked at that thing. Had a real moment of joy, pride, and wanted to hug a bunch of people, which is out of character for me, but a No. 1 [on] Billboard will do that. It’ll make you want to hug somebody.”

We don’t know about you, but we’re so proud of these boys. We mean, talk about making an epic comeback!