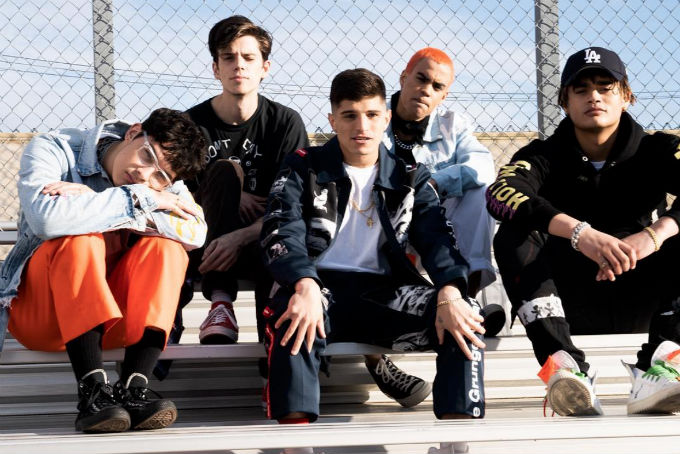 PRETTYMUCH is back with a new single, and it’s honestly one of their best releases yet. The popular boyband dropped “Phases” last week, and it’s been a fan favorite all weekend.

“Phases” is the second song the band dropped this year, following their single “Blind” back in January. Fans began to speculate about “Phases” when Edwin tweeted a snippet of lyrics, which turned out to be part of the track.

Till fate brings you home ill wait through your phases

In the days leading up to the release of the single, pictures of each member from childhood to current day were posted on the band’s official Instagram account to represent the phases of life with the hashtag #PRETTYMUCHPHASES. Diehard fans of the band then took to Twitter to join in on the trend and post their own “phases.” How cool is that?

While the creative fivesome have definitely released explicit content before, the single is their first recognized explicit single on streaming sites. This time around, the song expresses their willingness to wait for a girl through different relationships. It’s the same R&B/pop vibe the rising heartthrobs are known for, but it’s also a true testament to their growth as artists.

The highly anticipated summer anthem was one fans surely weren’t prepared for — especially after contributing songwriter Rhyan Besco tweeted about a specific part in the song that he knew would have fans SHOOK.

there’s a part in phases that’s gonna have y’all FREAK. and ionnnn wanna be the one to tell ya!(x i’ll tell you by thursday if they haven’t. promise.

Turns out, Besco was right! When the song was released and Zion showed off his rapping skills, the song proved to be an immediate hit.

Zion raps “Yeah I’m really tired of being soft-spoken // You got me broken, writing songs about you daily and it’s messing with focus // You f–k with him but we both realize that he was bogus // I’m the one for you so why do I feel like I go unnoticed // I’m talkin’ more than clothes hittin’ floors // We’re falling off track, but not the rack like a chore // Oh look another butterfly, I felt it in my core // Even though you ain’t mine, it’s the fact that I’m yours // It’s the fact that my life ain’t complete without yours // It’s the fact that at night I be tryna ignore // Catching overseas flights just to knock on your door // ‘Cause you put my planet in orbit.”

We mean, I think we can agree Zion really did that.

The boys also released a music video on the morning of Friday, April 26, which stars model Justine Mae Biticon playing the love interest. Justine is shown in a variety of different scenes, which represent the relationships she’s gone through in her life. The boys don’t make an appearance in those specific scenes, but the video shows them singing their parts both together and separately in a field and on a set of bleachers.

“Phases” is definitely a hit for the group, already amassing 1 million streams on Spotify in the past couple of days. Plus, fans will be screaming the lyrics on PRETTYMUCH’s upcoming FOMO Tour, so there’s always that to look forward to.

Make sure to check out the music video below, stream the single, and get your tickets to the FOMO Tour.