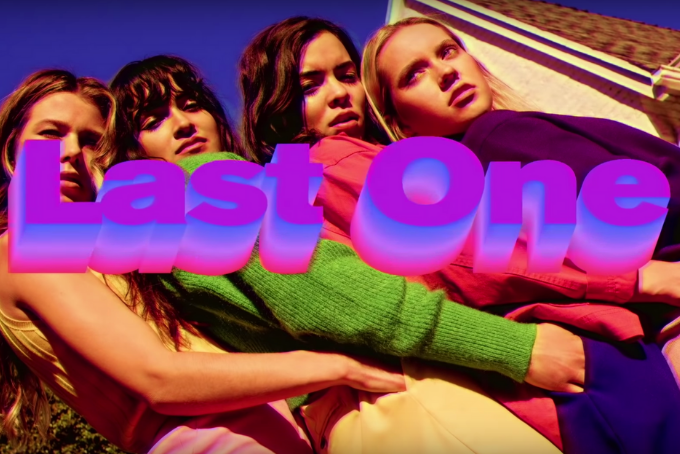 The Aces are rocking the indie-pop scene and have had an amazing few months! From supporting 5 Seconds of Summer on the Meet You There Tour to headling their own Waiting For You tour and just being announced on the 2019 Austin City Limits Music Festival lineup, they are definitely making their mark on the music scene.

ACL is one of our favorite festivals, we can’t wait to be back ⚡️ SEE YOU SOON AUSTIN!

Early last month, MUNA remixed one of the band’s singles, “Strong Enough,” and just last week, PVRIS released a remix of The Aces’ “Last One.”

You may be surprised to hear this, but this isn’t the first time we’ve seen PVRIS and The Aces collaborate! During the Meet You There tour in Chicago, Lynn Gunn of PVRIS stepped in for The Aces’ guitarist Katie Henderson. Really, we should have seen a collab coming.

PVRIS gave the tune a dark twist, giving it a heavy mood and completely changing the vibe of the track as they repeat the main lyrics of the chorus, “This is the last one.” The visuals perfectly match the new feel the remix creates, with psychedelic vibes, neon colors and melting faces. We kind of love it, honestly.

When sharing the track on Twitter, The Aces wrote, “@thisisPVRIS completely turned Last One into a dark brooding pop song, and WE LOVE IT! Thank you @LYNNGVNN, we are honored to have another amazing female artist remix one of our favs!”

@thisisPVRIS completely turned Last One into a dark brooding pop song, and WE LOVE IT! Thank you @LYNNGVNN, we are honored to have another amazing female artist remix one of our favs!
visual: @millicenthailes https://t.co/vo0qiN0zNE pic.twitter.com/3X25xNXtY8

Check out the visual for the “Last One” remix below and let us know what you think in the comment section or tweet us @soundigest! Did you prefer the original or are you really vibing with the remix?