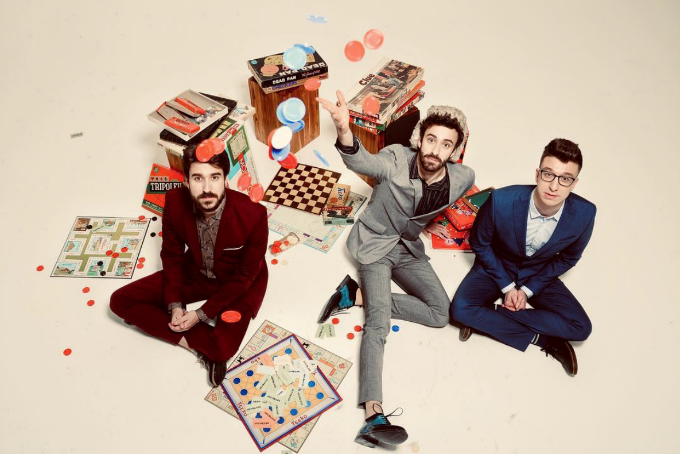 The band of brothers that make up the indie band AJR have reinvented the meaning of music in their new album, Neotheater. Jack, Adam and Ryan Met are New York natives who released their third album last week. The twelve songs featured on the album all tell a different story and feature reinvented and new music styles.

The lead song on the album, “Next Up Forever,” introduces the old-style barbershop choir vocals that take place throughout multiple songs. Each song sounds completely different from the next, and that’s what helps make the album a true piece of art.

“100 Bad Days” was the first single that teased the sound of Neotheater, and it talks about how the low days of your life are important in helping tell the whole story. The brothers stopped by The Zach Sang Show and mentioned how this song is meant to be “the last song for the party” that gives off of a nostalgic feel.

The current fan-favorite, “Karma,” is about the experience Jack had through a therapy appointment and how he’s waiting for the good karma for everything that he has accomplished. The beat in this song makes it super high energy, as well as one that will constantly be on repeat. This track features the same melody used in “100 Bad Days,” which just shows how the AJR Brothers worked to make the album flow by incorporating parts of songs from previous albums.

Ryan Met talks about his future in “Dear Winter,” which is a laid-back ballad that gives advice to both himself and his future child. It includes everything a father experiences and looks forward to the time he will raise a kid of his own. The album finishes off on a high note with “Finale (Can’t Wait To See What You Do Next),” which has lyrics like, “They wanted heaven from me I gave ’em hell.” The end of the song gives off major Disney fairytale movie vibes, and we’re kind of living for it.

Overall, every single song on this album is a masterpiece, and like you, we can’t wait to see the guys on their upcoming tour. For now, check out the album below and share your thoughts with us on twitter by tweeting us @soundigest!