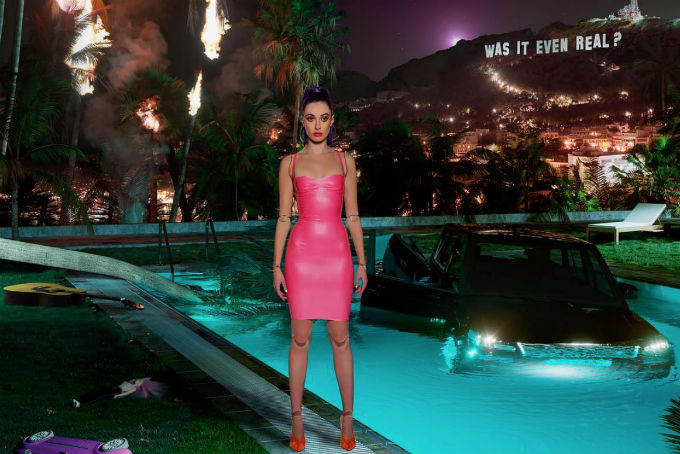 Singer-songwriter Olivia O’Brien was only sixteen years old when she collaborated with gnash on the viral single “i hate you, i love you.” Due to the song’s commercial success, she landed a major deal with Island Records. Three years later, the burgeoning 19-year-old star has released her debut album, Was it Even Real?

The ten track project showcases O’Brien’s extremely personal songwriting, diving into heartbreak, relationships, mental health, and self-love. Some might say she’s just an angsty teenager, but her intelligent and emotional songs shouldn’t go unnoticed. With her velvety vocals and minimalistic pop/trap production, it’s hard not to put her songs on our most moodiest of playlists.

i always get asked if it’s hard to write about personal stuff/if i’m embarrassed that the people i write about will hear my songs… honestly i don’t know any other way to be. i write how i feel and i don’t care if someone i write about hears it or doesn’t like it. i do it for me

The intro song, “purpleworld,” sets the tone for the album, as the song has no noticeable hook or structure. The acoustic-tinged song describes the circumstances surrounding her breakup and leads us to a path of self-love and healing. Towards the end, we hear O’Brien letting it all out through a spoken confessional.

“I started seeing purple all around me, everywhere I go. It once was just a pretty color, and then it reminded me of you,” she vents.

“I Don’t Exist” was the second single released, and it’s a straightforward take on Olivia’s experiences with depression and anxiety. In the music video, we see the purple-haired songstress go through parties and life as an outsider.

“I ain’t even sad, I’m just bored,” she sings. It’s hard not to feel something when listening to this all-too-relatable track.

“I mean, Olivia is basically my therapist,” said a fan about the song.

Her latest single, “Just a Boy,” is the most upbeat and perhaps the catchiest song on the album, and it’s one we hear playing at parties and sleepovers everywhere. It’s the ultimate pop-dance breakup anthem, and its contents are pretty self-explanatory from the title.

“We Lied to Each Other” and “Care Less More” are clever standout tracks as she goes into detail about her relationships.

The album is a roller coaster of emotions, and the last track, “Love Myself,” is an appropriate end to the journey. Although relationships and breakups seem to be the main focus of the album, it’s really about self-love and empowerment.

In the video, Olivia reflects on different versions of herself in front of mirrors. Of course, the symbolism in breaking the mirrors is a common, but powerful visual — especially when you’re singing about loving yourself.

Generation Z has already seen the rise of Shawn Mendes, Khalid, and Billie Eilish as some music’s biggest stars. And we know what deep, personal songwriting Taylor Swift and Adele can do when it comes to gaining listeners and fans. As far as we’re concerned, this album places Olivia among the best, and it’s all because it’s such an relatable debut album.

Listen to Was it Even Real? Here: