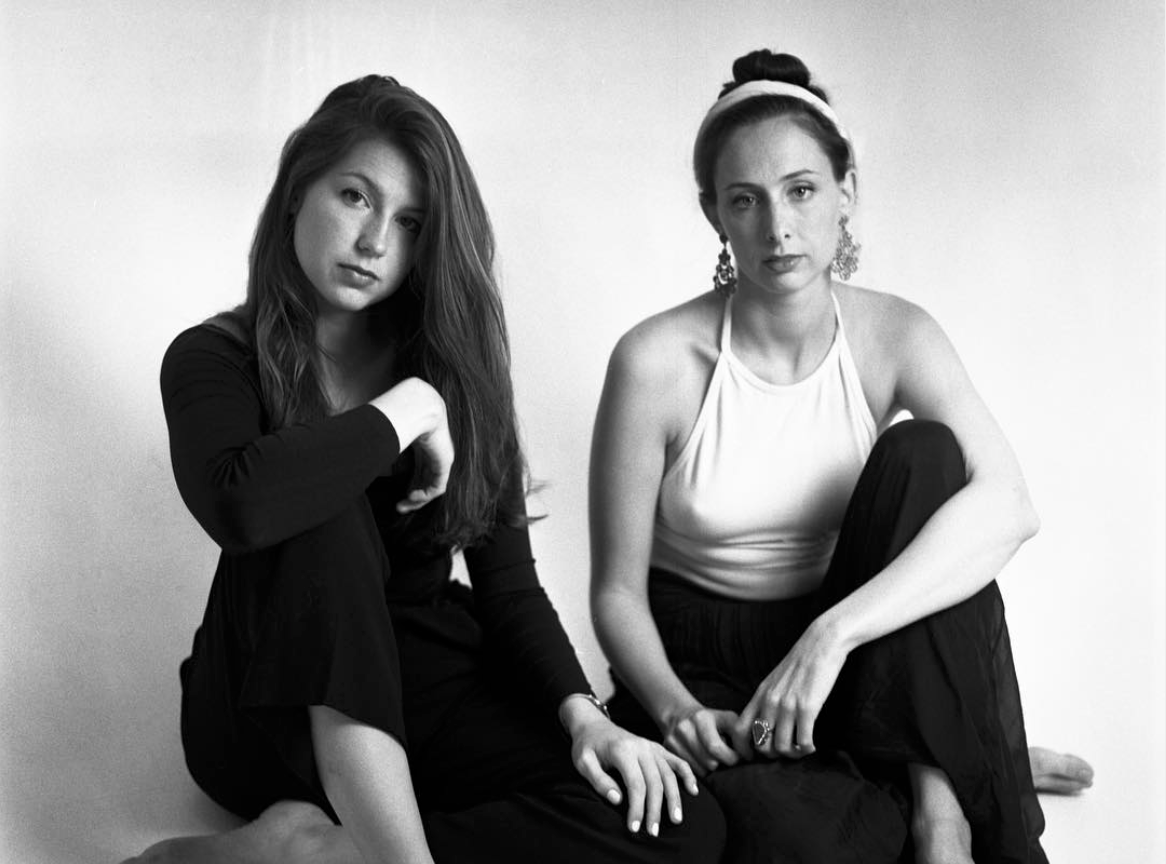 DELUNE — an “adventure pop” act based out of New York City — is exactly what happens when avant-garde meets pop. They’re trance-y, cinematic, and likely what the personification of “wanderlust” would look like. Back in February, they released a single called “Those Days” — a melancholy dance number about their experiences in Berlin — and they’ve been steadily gaining prominence ever since.

We at Soundigest were lucky enough to catch up with sisters Kate and Izzi Eberstadt: producers, songwriters, singers, artists, best friends, lovers of the moon, the night sky, and of course, the creative drive behind everything that is DELUNE. Check it out!

You describe your music as “Adventure Pop.” What exactly is that?

Izzi: We like to create distinctive worlds for each song we write. In this way, I think songwriting akin to architecture — each note intentionally builds on the last to construct a cohesive piece. The music we write is personal, always based on ~true events~. We want to take our audiences on the journey with us through these experiences, so they can see what we we’re seeing and feel what we were feeling. Right now, we’re in the snow globe of “Those Days”: blue, hazy, nostalgic.

A big part of your story seems to be the activism you both engage in. Could you talk about your time in Berlin with the Hutto Project, or your work with Beyond Beats and Bars?

Kate: I founded The Hutto Project in 2016. Our high school choir director, Benjamin Hutto, had just passed away, and I was nominated for an art residency in Berlin. I thought about how much he had changed my life as a teacher by introducing me to choral music, and wanted to pass on some of what he had taught me to children living in an emergency refugee camp in Germany. As The Hutto Project, alongside volunteers, our staff created music and performance with a group of 25 children between the ages of 3 and 14 from Syria, Iraq, Iran, Afghanistan, Palestine and Moldova. We rehearsed three times a week for six months. For more information, pictures, and videos, please visit www.thehuttoproject.com.

Izzi: We also worked as artistic mentors through “Beyond Beats and Bars,” a program serving youth in Rikers Island Prison run by the nonprofit Urban Art Beat. Alongside other creatives (shoutout to Spiritchild & Rosa Knoepfel for spearheading the program, and artists such as Napoleon da Legend, Dilson Hernandez, Noelle Goussani, Division X, and Serge Henderson, to name a few) we mentored incarcerated youth in two housing units. Our team facilitated recording sessions, which ultimately led to a mixtape created in situ.

Do you find that the community outreach you do influences your music? How so?

Izzi: Absolutely. We learn something new from each person we work with.

Kate: Everyone has creative gifts that are easily accessible. We love to collaborate with others — whether or not they call themselves artists.

Is there any reason you both continue to pursue being music educators in addition to pursuing your own musical careers — after all, most artists only focus on the latter.

Izzi: Teaching and collaborating with others is an integral component of our artistry!

Kate: Someone recently told me a saying: “(s)he who can, does; (s)he who cannot, teaches.” I believe exactly the opposite to be true.

Getting back to you and your art, let’s talk about your newest single, “Those Days.” What was the inspiration for this song?

Kate: We wrote “Those Days” while living in our parents’ basement after working on The Hutto Project. We had just left an entire community of people we loved. I was thinking about the Berlin club scene and how many simple English refrains we heard in those rooms, driven by a heavy beat. The words “those days” kept repeating in my mind. I think it’s universally relatable: “Those Days” is about experiencing loss. “What happened to us?”

The music video is pretty artistic too. In fact, both of your videos have been described as “cinematic.” Is the visual component particularly important to you when considering how you want to deliver your art?

Izzi: As aforementioned, we like to bring audiences into the “world” of each song. This is one way of conveying what we’re seeing. We were lucky to find our collaborator, director/ DP Katharine White. She brought these sonic landscapes to life visually.

Kate: In the digital age, we’ve heard that music can now be considered a visual art form.

In general your art has some complexities to it that other musicians don’t always have. Do you think the Alma Mater you share has anything to do with that — or has influenced your art at all?

Izzi: Neither of us majored in music at university. Kate studied English Literature, and after dabbling in a few other subjects, I ended up in Architectural Theory and History. In this way, we bring different aspects of our education to songwriting and production.

Kate: Although I don’t think I’m able to fully understand how my education has influenced me and us as artists, I am extremely grateful for our time at Columbia.

Speaking of influences, since you have such an interesting sound, I’d love to hear more about your influences over all. What would you say the main influences of DELUNE are?

Kate: I just got back from Kazakhstan, where I was working on a new theater piece. Almaty is an amazing city and Central Asian culture and art is on my mind. Recently, we’ve been watching live shows by other artists as we develop our own. A few live shows that I keep coming back to: Julianna Barwick, Kishi Bashi and Owen Pallett. Loops: musical, mental, emotional.

Kate — we heard you performed with Lady Gaga in 2013. How did that happen and what was that like?

Kate: In the summer of 2013, avant garde theater director Robert Wilson asked me to be in her VMA performance of “Applause.” I was cast as the “bird of paradise,” dressed in a giant bird suit with 40 pound wings that dragged on the floor. For the most part, my role was to stay perfectly still on a thin pedestal, while the band and crew of dancers shook the floor with the force of their sound/movements.

It was my first time ever experiencing a crowd that large. There must’ve been over ten thousand people at Barclays Center. Lady Gaga performed first that evening. I was led out onto the stage before she appeared. Some people in the crowd thought that I was Gaga and started cheering. The sheer force of their energy was so powerful I was afraid I was going to fall over.

I actually spent the whole three-minute performance trying to stay still, freaking out over the possibility of falling. As I tried not to faint, I imagined the bird toppling over onto Gaga becoming an unfortunate viral meme. Thankfully, that did not happen.

And, since I’m an only child I have to ask this question — what’s it like working with your sibling? Does the relationship make the songwriting process easier or harder? I’d imagine on one hand you understand each other better than anyone else, but I can also imagine that there’s probably some… unique challenges to working with family.

Kate: As far as the creative process is concerned, our closeness is a helpful vehicle. We basically finish each other’s sentences/lyrics/songs. I feel really inspired by Izzi’s voice and creative vision. When it comes to business, I would say it’s easier to have a third party present.

Izzi: That pretty much sums it up!