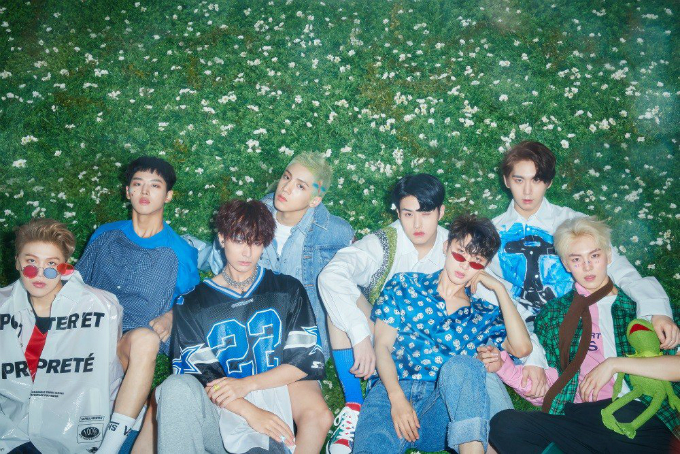 K-Pop boy group Pentagon announced on May 1 that they will be embarking on a world tour later this year. The group recently released the tour dates on their official Twitter account.

The Prism World Tour will be kicking off with two nights in Seoul before moving on to Jakarta. The group, with its nine members, will then perform across North America. They’ll be stopping in Toronto, New York City, Chicago, Dallas, Seattle, Los Angeles and San Jose. They will then go to South America for shows in Sao Paulo, Monterrey and Mexico City. The tour will wrap up in Taipei, Hong Kong and Singapore. As of now, there’s no news whether the group will add European dates to the current schedule.

Fans across the world have expressed their excitement on social media, and many are still holding onto hope that the group’s company, Cube Entertainment, will decide to add more dates.

The group consists of Yang Hong-Seok, Jinho, Wooseok, Hui, Adachi Yuto, Kino, Yeo One, Yan An and Koh Shin-won. Pentagon made their official debut on October 10, 2016, under Cube Entertainment.

The group recently released the mini album Genie:us, featuring the tracks “SHA LA LA” and “Spring Snow.” This is the group’s first domestic release since September 2018’s Thumbs Up!. Genie:us was released on March 27, as well as the music video for “SHA LA LA.”

Pentagon originally had ten members until the departure of rapper E’Dawn in November 2018. It was revealed that E’Dawn and female idol HyunA are in a relationship. Cube Entertainment then decided to terminate both idols’ contracts, much to the anger of fans worldwide. In January 2019, both of them signed with K-pop superstar PSY‘s new agency, P Nation.

Are you going to catch Pentagon on this tour? What dates do you want them to add? Let us know in the comments section below, or tweet us @soundigest.