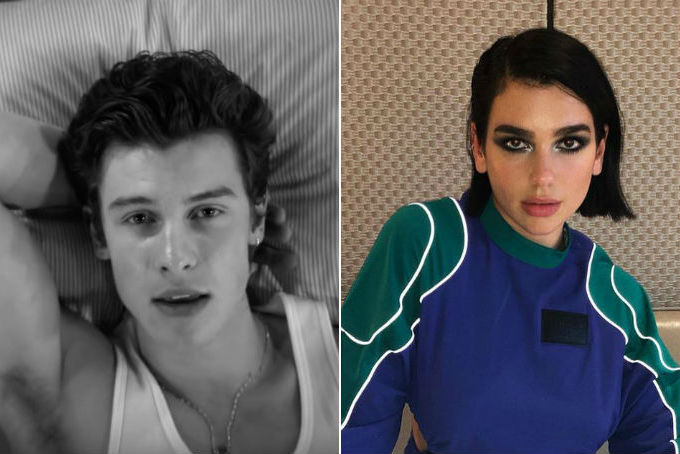 Wow, you guys! Shawn Mendes almost gave his new single “If I Can’t Have You” to “New Rules” singer, Dua Lipa, and we’re just as surprised as you are!

In an interview with Zane Lowe on Apple Music’s Beats 1 Best of the Week Show, the 20-year-old “In My Blood” crooner revealed that he thought the track would be “really cool” for Lipa.

“I was back in the studio with Teddy Geiger and Nate [Mercreau] and I was playing it on piano and I was like oh my god this would be really cool for Dua Lipa,” he revealed. “It was on guitar and I turned it to piano it was right after ‘One Kiss’ came out. In the voice note, I’m speaking like I’m gonna send to Dua — I’m like, ‘Okay, Dua, I have this song I have just a chorus we can finish it if you want.'”

After listening to the track again, Mendes ultimately realized he wanted to keep it for himself.

The singer-songwriter also revealed that his next big ambition is acting.

Despite the fact that he wants to step into acting, the star revealed that auditions make him very nervous.

“I did one audition and when I say that is the most nervous I’ve ever — I mean, I played at Wembley just with an acoustic guitar and was okay, and I mean, I walked in and it was me and three people that were auditioning and my hands were shaking. I don’t even think I was speaking English. It was insane, dude. Acting is very, very hard. It’s really super nerve-wracking but I wanna do it.”

And he already has an idea for what his dream role would be: Working on a biopic of the late, great Elvis Presley.

“It’d be amazing to be able to do something about Elvis. I think that would be great.”

You can listen to the full interview here and watch the video for “If I Can’t Have You” below.