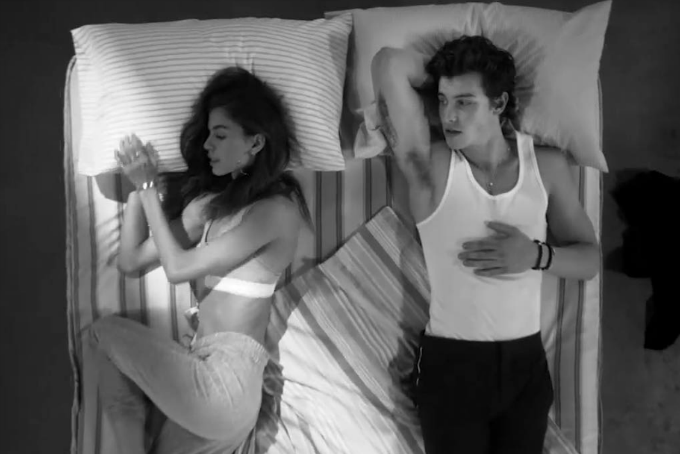 We think it’s about time we all admit that Shawn Mendes can do no wrong. The Canadian superstar took a break from his ongoing world tour to prepare for a Saturday Night Live appearance on May 4. Somewhere amidst the rehearsal madness happening at 30 Rock, Mendes decided it was time for some new content, and he definitely pulled through. “If I Can’t Have You” is an adorably lovesick tune, and the best part is that he dropped a corresponding music video at the same time. To say we’re eternally grateful would be an understatement.

The lyrics are about as straightforward as they get, with the “Youth” crooner shamelessly longing for a love that’s no longer his. The pleading confession kicks off with its bouncy hook, the lively, upbeat vibe distracting you from the sad fact that “everything means nothing” if Mendes can’t have his estranged lover. The verses soothe you into an unassuming lull before transitioning into a glorious, catchy chorus that’ll be stuck in your head for days after. The final chorus deviates slightly with a gospel choir and hand claps to complement the melody.

It’s a sound that admittedly reminds us of The 1975, and with good reason. On Zane Lowe‘s Apple Music Best of the Week show, the “In My Blood” singer mentioned that he’d been listening to the band’s A Brief Inquiry Into Online Relationships while making “If I Can’t Have You.” During that same interview, Mendes went into detail about how the track was originally written for a different pop star. Feeling confident in his work, Shawn changed his mind and kept the song for himself — a wise move since the pop-rock aesthetic fits him like a glove.

The music video is a simple one. Done completely in black and white, it features Shawn singing directly at the camera while sauntering through a studio, playing the piano, laying in bed to reminisce about his ex, and jogging on a treadmill. He even pays not-so-subtle homage to his home of Toronto, Canada with a photo of the CN Tower on the step-and-repeat backdrop located behind the couch. As an added bonus, we get gratuitous shots of his incredibly muscular arms in the process.

“If I Can’t Have You” is Shawn Mendes at his best. It’s a sound he’s fully confident in and we can’t blame him. Even his buddy Niall Horan couldn’t stop raving about it! You can check out the song and official music video below until he decides to unveil those other 45 tracks he’s been ardently working on.