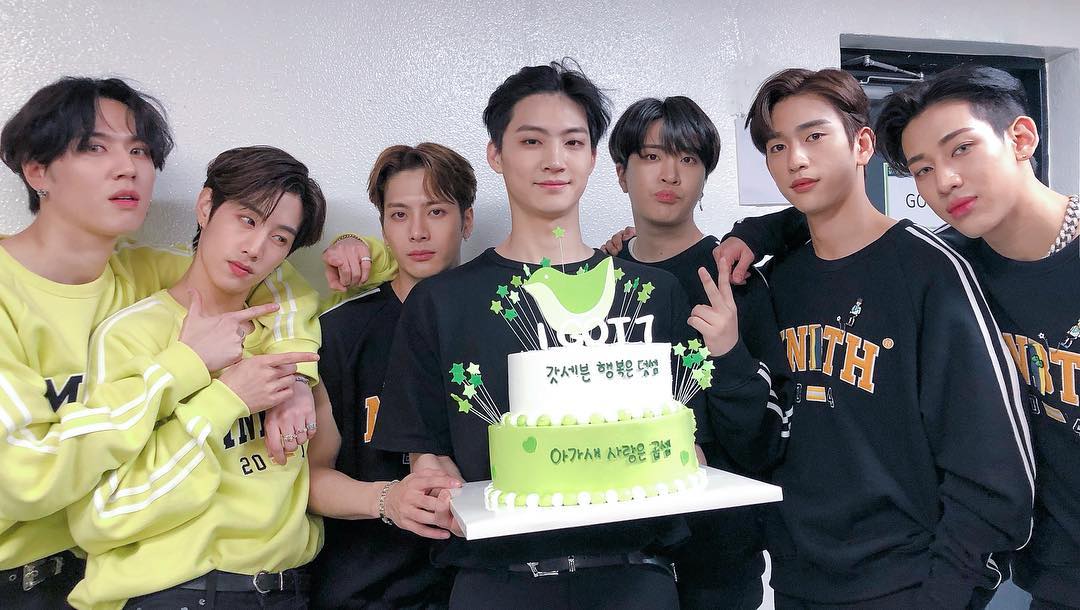 Ahgases! Are you ready? GOT7 has officially announced a new album and world tour dates. Their upcoming album, Spinning Top , is set to be released on May 20, along with their Keep Spinning World Tour, which begins next month.

The tour kicks off on June 15 and 16 in Seoul. The K-pop group will also perform shows in Newark, Toronto, Dallas, Los Angeles, Oakland and Mexico City before moving on to cities in South America, Australia, Europe and Asia.

In April, the septet teased a comeback on social media of Spinning Top: Between Security & Insecurity. The new project follows last year’s album, Present: You, its repackaged version, Present: You & Me , and this year’s Japanese EP, I Won’t Let You Go.

GOT7 <SPINNING TOP : BETWEEN SECURITY & INSECURITY>

GOT7 consists of JB, Mark, Jackson, Jinyoung, Youngjae, BamBam and Yugyeom. They were recently nominated for their first Billboard Music Award in the Top Social Artist category.

Before this month’s comeback, many individual members have been working on solo projects. This year saw the debut of Jus2, a sub-unit consisting of JB and Yugyeom. They released their EP Focus and followed it with performance showcases across cities in Asia. BamBam held his first solo fan meeting tour, Black Feather, across five cities in his native Thailand. Jinyoung starred as a lead in the South Korean fantasy rom-com drama He Is Psychometric. Last, but not least, Jackson Wang started promotions for his upcoming solo album in America and performed a sold-out show in Beijing titled 328 Journey Festival.

We’re excited to see what this new Spinning Top era has to offer, and of course, we’re thrilled to see them come back together. We also can’t wait to check them out on tour this summer!