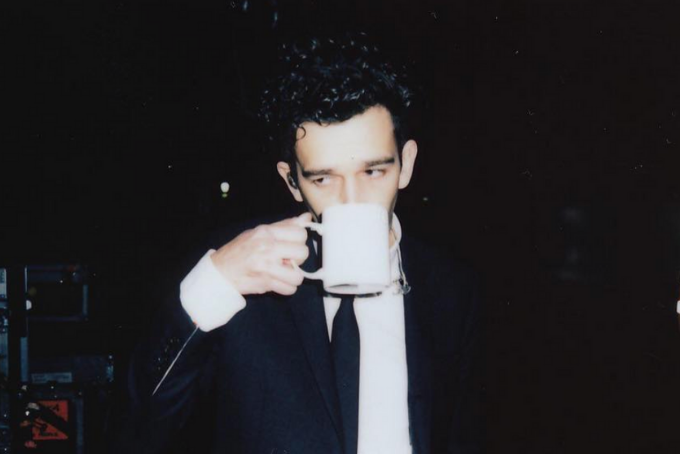 Planned for Friday, May 3, The 1975 and all of their amazing fans, some even waiting in line overnight, planned to attend their Austin stop on tour, but the weather seemed to have another idea. After the show was canceled, the band made a quick turn around and found themselves back in the Texas capital for a rescheduled date that Sunday, May 5!

Austin’s canceled show from yesterday is happening TOMORROW!! Please still come if you can!!! ❤️❤️

The fans that were able to make it were ecstatic, for this is a show you wouldn’t have wanted to miss! Opening with No Rome, he battled the hot Texas heat and gave an amazing show to start up the crowd! His super chill tunes, with a bit of R&B vibes, took fans nicely into the evening as everyone awaited sunset!

Next to come out was the second opening band, Pale Waves! They were a great mix between indie-rock and goth-pop and had the crowd going wild!

The crowd waited in anticipation as the intro to the set grew louder. The night grew darker and the lights on the band’s well-known rectangles lit up the Austin 360 Amiptheater. Opening with “Give Yourself a Try,” The 1975 stepped on stage to hundreds of screaming fans.

Lead singer Matty Healy stepped out in a cowboy hat, just like he has for many of the Texas shows this tour and spread his charisma throughout the venue. Feeling good vibes and energy all around, the amphitheater was lit up with the band’s breathtaking set and visuals! They also brought out No Rome for their collaboration with the artist on “Narcissist.”

It was also great to see Healy with his signature wine and cigarette on stage as he strutted from one side to another and took a huge swig before belting out the rest of the lyrics to “Change of Heart” halfway through the show.

Finishing off the night, the band left everyone on a light note with their hit, “The Sound,” as the crowd went wild for the encore!

The 1975 will be on tour through the beginning of June, and if you can catch them, definitely do so! You certainly won’t regret it! Check out the rest of their tour dates here.