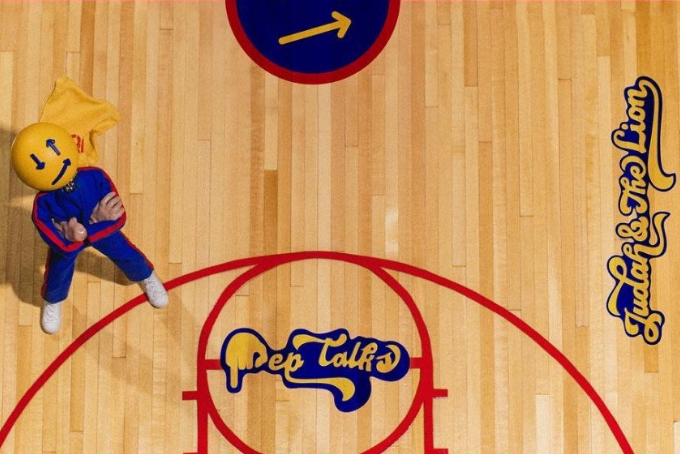 Are you in need of a pep talk? Well, look no further! Judah and the Lion just released their third studio album, and it might be just what you need. Through lead singer Judah Aker’s honest lyrics, Pep Talks, speaks of mental health, heartache, growing up, and watching loved ones grow and struggle with you.

Although the album has some darker tones, the Nashville-native band brings out a positive message for those who connect with their songs. Pep Talks is the band’s most ambitious and mature album. We love to see their growth and hope their optimistic life outlook rubs off on listeners.

Musically, Judah and the Lion always stands out as a successful blend of genres. From their Tennessee background, they always blend bluegrass and folk instrumentals into their songs. This even goes for songs with verses that resemble a sound closer to hip-hop. Pep Talks has an even fuller feel with various artistic touches, such as the instrumental opener “Pep Talk” and the smooth song transitions.

Although the last two songs on the album, “Sportz” and “17,” feel out of place, their sound is reminiscent of Blink-182 with their playful lyrics and pop-punk vibe. This further proves the band is really capable of exploring all their musical influences.

Lyrically, Judah has found a way to emotionally connect with fans going through a variety of life situations. In songs such as “Quarter-Life Crisis” and “Over My Head,” the band identifies with how overwhelming it is to grow up in today’s society. Other songs, such as “I’m ok,” tackle the topic of mental health. These provide a more serious overtone for the first half of the album. The LP even includes a heartfelt duet with Kacey Musgraves about lost love, and it is a true standout track.

The second half of the album lends itself to themes of positivity. Judah takes the pain from the first half of Pep Talks and channels it into a positive message. Songs like “7000x” and “JOYBOY” show that, although life isn’t always easy, we can keep trying and make the best with what we have. Another highlight song is “Passion Fashion,” featuring the talented Jon Bellion. Here, Judah touches on ignoring the trends of fitting in and hiding feelings to be himself.

Our new album, Pep Talks, is out now! Buy it, share it, save it, stream it…so whatever the frick you do with music.

Judah and the Lion has been working hard the past few years, and it has really paid off. The group really hit a home run with Pep Talks. With its blend of honesty and musicality, the album is sure to connect with listeners.Pep Talks is a can’t-miss album for 2019. Catch the band on tour in support of their third album.