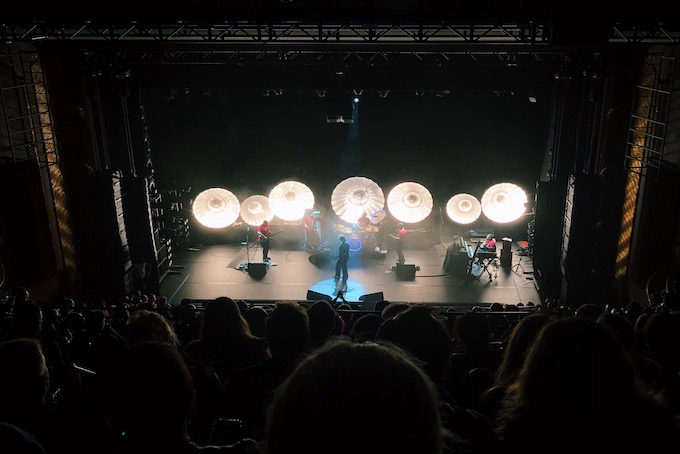 Morrissey was born to be on Broadway. At least, that’s the feeling the crowd left with after night three of his seven-night residency at the Lunt-Fontanne Theater.

Entering the Lunt-Fontanne, it was clear that fans were in for something special. The decadent gold and velvet room glistened under the chandeliers, and fans poured in buzzing with excitement. It was a bit of a wait before the show began because there were no opening acts.

About 30 minutes before Morrissey took the stage, a video montage played, showing clips of famous artists from The Ramones, to Patti Smith, to drag icon Divine. The montage seemed to take the place of an opener, getting fans excited and establishing a feeling of anticipation.

Around 9 p.m., Morrissey finally walked out on stage, opening with “The More You Ignore Me, The Closer I Get.” The crowd was absolutely ecstatic.

WE OUT HERE FAM

The living legend treated fans to the best of his solo music, spanning from 1988’s Viva Hate to 2017’s Low in High School. He even played a few songs from The Smiths’ discography, including “How Soon is Now” and “Is It Really So Strange.”

The crowd’s energy only multiplied as the night went on. Throughout the two-hour set, there wasn’t a single dull moment.

Performing on Broadway gave Morrissey the chance to interact with fans in a more intimate setting. Throughout the show, he made witty remarks, took postcards and flowers from front-row fans. Toward the end, security had to step in as fans started getting a little too close for comfort.

The show was full of over-the-top lighting, a bold and bright set design, and an incredibly talented band.

Morrissey’s week-long residency comes to an end on Saturday, May 11. However, you still have a chance to catch him live. This fall, he will be embarking on a short tour with Interpol, playing stadiums and arenas.